More than 100 women who got pregnant while using birth control pills they claim had incorrect packaging are suing the maker to compensate them for unwanted pregnancies.

Among the 113 women from 28 states who became pregnant while using pills made by Qualitest Pharmaceuticals are a couple of 17 year old girls, a woman in the military who gave up her child for adoption because she was scheduled for deployment and would not be able to care for the child, and a few other women who had to drop out of school to care for their babies.

According to a 2011 recall, placebo pills in the packaging were placed in the wrong place to so the women could have taken them at the wrong time, ABC reports. Qualitest did a voluntary recall of 1.4 million packages four years ago.

The packaging error caused blisters to be rotated 180 degrees on the card, “reversing the weekly tablet orientation and making the lot number and expiry date no longer visible,” the company said in its recall announcement.

“As a result of this packaging error, the daily regimen for these oral contraceptives may be incorrect and could leave women without adequate contraception, and at risk for unintended pregnancy,” the company said.

This week’s  lawsuit includes claims for the cost of raising the unwanted babies through adulthood.

The company has confirmed that only one blister pack was sold to a patient and state that courts have dismissed past cases because those plaintiffs were unable to prove they purchased a defective package.

“Our commitment is to patient safety and we take product quality very seriously,”  Qualitest subsidiary Endo Pharmaceuticals said in a statement to ABC. “There is no new or recent product recall. The recall that forms the basis of this suit was entirely voluntary and occurred more than four years ago in September 2011. The voluntary recall occurred based on an extremely small number of pill packs that were manufactured by an external contract manufacturer.” 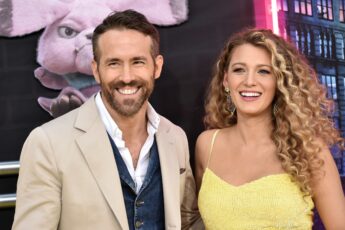