It’s baffling to learn now that a 27-year old pharmacist and new mom to a 6-month old baby joined her husband on a shooting rampage at his office Holiday luncheon yesterday, Wednesday, December 2, killing 14 and critically injuring 17, CNN reports.

Police identified Tashfeen Malik as one of the shooters in yesterday’s deadly rampage shooting at a county office social event for the San Bernarndino County Health Department at the Inland Regional Center in San Bernardino, California.

According to relatives, Malik and her husband Syed Rizwan Farook,  a Chicago-born 5-year County employee, left their comfortable suburban home in Redlands, California, during the day, then dropped their baby girl off at her grandparents’ home early Wednesday morning, telling the grands they had a doctor’s appointment.

Nothing out of the ordinary.  Nothing tipped off the grandparents that anything sinister was being planned. It appeared to be any other ordinary sleepy day in suburbia.

Then the  young couple dressed in black masks and tactical gear, armed themselves with assault-style rifles and traveled with fake pipe bombs in their  black SUV to the office party where Farook has previously left after having an argument with co-workers there, FOX News reports.

The parents then opened fire, wreaking havoc while carrying out their deadly crime, BBC News notes. They then traveled to nearby relatives home before leading police in a high speed chase that ended with the two dead.

A third passenger in that vehicle ran. He is believed to be Farook’s brother.

Even if the events appear to have been precipitated by a fight at the holiday party, with all that gear, ammunition and bombs officials found in the couple’s vehicle and home, it looks more like this was a planned attack.

Farook traveled to Saudia Arabia recently, his co-workers confirm.  Many thought he was going to perform hajj, a pilgrimage that devout Muslims are required to do in their lifetime.  The Los Angeles Times reports that he may have gone to pick up  his wife that he met in an online dating site and then traveled to Saudi Arabia to bring her back to America after getting married.

Someone found his dating profile on a site for people with disabilities and second marriage that his parents created for him, and another one on MuslimDating.com.

Coworkers described Farook as “quiet and polite” with “no obvious grudges with anyone in the office.”   Griselda Reisinger, who worked with Farook before leaving the department in May, told the LA Times, “he never struck me as a fanatic, he never struck me as suspicious.”

Reisinger said she heard that the office recently threw a baby shower for Farook and that he had taken paternity leave.

He was well-liked, others said.  ABC News  reported about another co-worker who described Farook as “reserved, rarely starting a conversation on his own”  and  “appeared committed to his family, and never displayed any unusual behavior or discussed any radical political views.”

Co-workers told the Los Angeles Times Farook was a devout Muslim but didn’t talk about religion at work.

The Internet sleuths were busy, working overtime scraping Linked In profile pages and Faceook pages coming up with these images:

This appears to be Syed Raheel Farook with his child. #SanBernardino pic.twitter.com/Tz9ih3aJhC

Farook’s LinkedIn and Facebook profiles have since been scrubbed from the Internet.

I hesitate including them here since they haven’t been verified but the photos left me haunted at how a seemingly loving and nurturing couple of new parents would abandon their baby to carry out such a murderous crime.

And now that poor baby will grow to learn about the horrible deeds her parents did and may be given grief for it by others or at least have to live with the awareness of their actions which left her parent-less at the same time.

That’s heavy and unfortunate and sad.

photo: Scallywag and Vagabond via Farook’s social media pages before they were scrubbed. 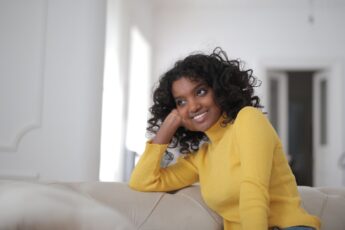