Well, people were spooked by the NFL’ Super Bowl Babies choir and an abortion-rights group was upset at the Doritos commercial for humanizing fetuses.

Okay. First, let’s discuss the NFL ad featuring people who were born 9 months after their parents’ team won the Super Bowl, singing to the tune of Seal‘s “Kiss From A Rose”.

I thought it was a fun spot but I admit, it does conjure up the thought of these people’s parents having unprotected sex, whether purposefully or out of a drunken blissful euphoria of their team winning the Super Bowl or otherwise.

But, I think you quickly get over that fact and then focus on the adorable Seattle Seahawks babies crying instead of singing. Right?

Check out the ad HERE.

NARAL, the National Abortion Rights Action League,  on the other hand, was upset with the Doritos commercial of the dad munching on the Doritos while his wife and his wife gets upset, but in the meanwhile, the baby is also grabbing for the Doritos and goes for it after the wife grabs the bag from her husband’s hand and flings it across the room.

NARAL is upset that showing an ultrasound humanizes a late term fetuses.

Okay. I’m not sure if this entire organization is made up of people who have never had children before but…um…that is what happens when first time (or 2nd or 3rd time) parents see when they go to an ultrasound appointment: their human child.

What the heck did NARAL expect to show in that setting? Would the org prefer they show a motionless fetus? Did they want the ultrasound to feature a chicken? What in the world?

People refer to their almost-born baby in the womb as a baby. A human baby.

What do you think?

By Jeneba Jalloh Ghatt
super bowl 50 commercials
7 Ways to Tell If your Child is a Genius!
Mommy Wars: Yeah, Quit Shaming Smartphone Moms at the Playground 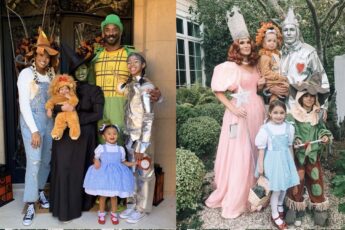