Congratulations to Kelly Clarkson on scoring a children’s book deal.

The chart topping singer/songwriter will release her first picture book, “River Rose and the Magical Lullaby” this October by HarperCollins Children’s Books.

She announced the news on Twitter with a video promo about the book.

The story was originally written as an original lullaby the second-time-mom-to-be wrote for her first child, daughter River. In the tale, a little girl visits the zoo and enjoyed her time there so much that she has a tough time falling asleep later.

The inspiration from the book came from the American Idol champ’s own adventures with her kid. The “Breakaway” singer welcomed her first child with husband Brandon Blackstock in June 2014.

By Jeneba Jalloh Ghatt
Brandon BlackstockHarperCollinsRiver Rose and the Magical Lullaby
30 Celebrity Moms We’ve Profiled Who Have Since Split with their Kid’s Dad
Rumor Control: Draya Michele Clears Up Paternity of her 11-Year Old Son 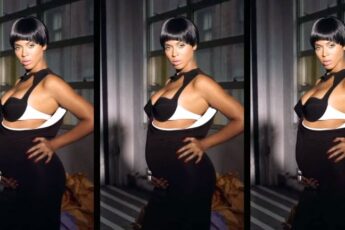