The number of children playing team sports is falling, with experts blaming a parent-driven focus on elite travel clubs, specialization in one sport and pursuit of scholarships for hurting the country’s youth sports leagues.

More than 26 million children ages 6 to 17 played team sports in 2014, down nearly 4 percent from 2009, according to a widely cited survey by the Sports and Fitness Industry Association. Total sports played have plummeted by nearly 10 percent.

Some of the drop-off is attributable to the recession, particularly in low-income urban areas. But experts fear larger socioeconomic forces are in play, especially in the suburbs, where the shift to elite competition over the past two decades has taken a growing toll: Children are playing fewer sports, and the less talented are left behind in recreational leagues with poor coaching, uneven play and the message that they aren’t good enough. Seventy percent of kids quit sports by age 13.

By Jeneba Jalloh Ghatt
These Top 25 Spring-Inspired Names are the BEST!
Remember When Your Folks Made You Pose with Scary Easter Bunny? 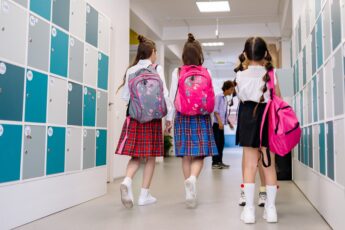