While some prefer the shining snow and comfortable fires of winter, spring boasts bright blooms, warm weather and beautiful names like Persephone and June to remind us of the delights of the season. MooseRoots curated a list of spring-inspired names and used data from the Social Security Administration to rank them from least to most popular.

Of Latin origins meaning “spring,” Primavera rests in obscurity, as only six baby girls received the name in 2014.

The name Brigit, taken from the Irish goddess of spring, remains uncommon in the United States and earned the rank of 11,037 among baby girls.

Neville, meaning “new village,” never hit its stride in the U.S., despite the popularity of the Harry Potter books and films over the past decade.

The use of Quan, a Chinese name that means “spring (of water),” stagnated in recent years and ranked only No. 5,381 among baby boys in 2014.

Pascal, a name with Latin origins meaning “Easter,” was historically given to baby boys born around Passover. Only 21 babies in 2014 received the name, earning it the rank of 4,620.

After reaching its peak in the 1970s, the name Dawn, an ostensible reference to the beauty and brightness of the time of day, drastically declined in popularity and ranked No. 2,058 among baby girls in 2014.

Rain, a name that reminds us of the water sustaining the Earth, ranked No. 1,952 among baby girls born in 2014.

May, a pet form of Margaret or Mary, also conjures images of colored flowers and warm days. A name of increasing popularity, it ranked No. 1,581 in 2014 among baby girls.

The name Persephone references the Greek goddess of the harvest, whose kidnapping led to an eternal winter. Hades promised to release her from the underworld for six months out of the year, and during those months, spring returned to the Earth. After years of increased popularity, the name ranked No. 1,221 among baby girls in 2014.

If there was a name that guaranteed a cheerful disposition, Sunny would undoubtedly be the one. The name has seen a stark increase in popularity recently and ranked No. 1,206 in 2014 among baby girls.

A name referring to the orange-chested songbird, Robin has fallen in popularity in recent years and earned the rank of only 1,125 in 2014.

Heath, a name that comes from the word meaning “uncultivated land,” has experienced a slow decline in popularity over the last decade.

Demi, a name popularized by the actress Demi Moore, is an abbreviated form of the name Demeter, or the Greek goddess known for returning spring to the people of Earth upon the return of her daughter Persephone. Even at its peak, Demi never reached ubiquity and earned the rank of 632 among baby girls in 2014.

April, a darling name and especially sweet for girls born in the springtime month, means “to open” and ranked No. 406 among baby girls in 2014.

Skye, an unconventional way to spell “sky,” became increasingly popular in the 1970s, but peaked in 2014, ranking No. 368. In Scotland, however, the name ranked No. 36 among baby girls.

June, meaning “young” and once a common choice in the 1930s, has dimmed in popularity when compared to April and May. After falling into disuse at the turn of the 21st century, the name has regained some of its former charm, ranking No. 317 in 2014.

A name whose meaning comes from the famous flower, Rose has declined dramatically since its peak in the early 20th century, but has recently experienced a surge in use.

Although Marcus recently experienced a decline in use, this ancient Roman name remains a favorite among many parents. Though the name’s meaning is unclear, there is a possible connection with March, the month of the spring equinox.

Originally a surname or a boy’s name, Kendall is now a popular choice among baby girls born in the U.S. Meaning “valley on the river Kent” or “valley of the spring,” the name has remained fairly flat over the last few years.

Imbued with religious significance and meaning “God saves,” the name Jesus remains popular in the United States and elsewhere. In Spain, for example, Jesus ranked No. 46 among baby boys.

Maxwell, which began as a Scottish surname meaning “great spring” or “stream,” is now a popular first name for baby boys, ranking No. 107 in 2014

Owen, a name of Celtic origins meaning “lamb,” earned a place among the top 100 names of the United States and in Scotland in 2014.

Compare Other Baby Names on MooseRoo 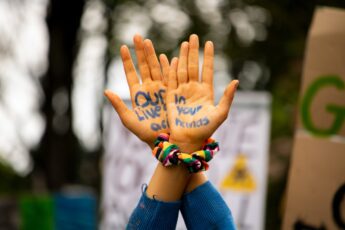