The former Fabulist host posted a photo on Instagram of her sons on the beach during Independence Day and in the photos the boys backs were turned and one looked so thin, you could see his bones protruding through his skin.

“Seeing pictures of your boys and how they look is a bit shocking to see! I know you cook healthy but to see the bones just doesn’t seem normal, sorry!” read one comment.

Of course, Cavallari replied, “Yep, I starve my children. Just blocked the most people I’ve ever blocked in my entire life. Happy 4th hahaha.”

Tegien replied to an E!News tweet of a report about the social media attack.

Why the latest Internet attack on Kristin Cavallari crossed a line: https://t.co/ydDOn3pTm4 pic.twitter.com/n0VYrJ2lpS

“I will never know why parents criticize others so harshly, knowing they’d go insane if they were on the receiving end ALLTHETIME,” the best selling cook-book author wrote on Twitter. “NO parent out there thinks they’re perfect. I loathe these s–thead commenters. Who would want to make someone feel horrible for fun?”

Cavallari replied to the defense on Tuesday morning, tweeting back “lol thx girl love u and ur little girl is adorable.”

Cavallari is often a source of criticism especially after she revealed in 2014 that she has chosen not to vaccinate her children.

After reviewing several of the comments, it appears to me that the majority were positive and supportive and a lot of mom jumped in to share that they too have naturally thin children who remain skinny no matter how much they eat. When I was that age, I too was so thin my mom took me to the doctor to see if something was wrong with me. There wasn’t I was just a really skinny kid. But as is usual in this social media age, “the squeaky wheel gets the grease.” We, in the media, often report on the minority with the negative or mean commentary and we help make a mountain out of a moe-hill. Just my observation as I have noticed it a lot in recent years since the advent and popularity of social media. 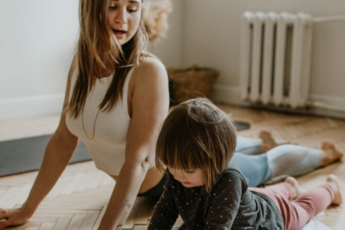