Actress Kerry Washington put off filming her hit show Scandal while pregnant because it was challenging hiding her bump on set during her first pregnancy.

The Knocked Up star is expecting her third child and admitted to InStyle magazine that finding ways to disguise the fact she’s pregnant has started to become very difficult.

“We’re working really hard to try to hide it, and it’s a challenge, because every day my body changes a little bit more,” she said. “We started out with really high hopes of, like, fitted, pencil skirts, and those really great Victoria Beckham dresses, and that became impossible pretty quickly.”

That’s a great endorsement for VickyB, one of our alums.

“So now it’s a lot of big coats. It’s either a purse, a jacket (to cover the baby bump). I think I should start carrying a big plant around, honestly — just to shake things up.”
Kerry Washington decided against filming while pregnant after enduring the same thing: producers trying to be creative to hide her bump.
The baby will be Heigl and husband Josh Kelley’s first biological child. They are already parents to two adopted daughters, Naleigh, seven, and Adelaide, four. She recently revealed the pair is expecting a boy.
By Jeneba Jalloh Ghatt
hiding bumpJosh KelleyKatherine Heigl
Tika Sumpter Radiates at Premiere of Obamas’ First Date movie, ‘Southside With You’
Angela Simmons Does Maternity Shoot Couture: Takes Readers Behind-the-Scenes 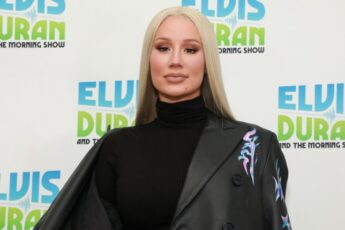