Kourtney Kardashan trailblazed in the category of filming her birth for a reality TV show and it looks like VH1 star of Love & Hip Hop: Atlanta Joseline Hernandez may be cashing in on her pregnancy.

Rolling Out reports that Hernandez recently claimed that she’s headed to Miami to film a “delivery special.”

Vh1 will reportedly showcase Hernandez’s journey to becoming a mother, the site states.

The rapper is also slated to give birth to her baby on camera for fans to see, reports say.

The drama may circle around reveal of who the baby’s dad, either ex beau Stevie J or rapper Young Dro. 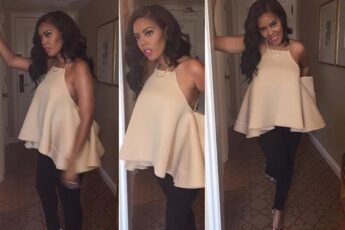