The researcher noted that in the 1970s and 1980s, celebrities who got pregnant out of wedlock were often married before the child’s birth, and when People announced pregnancy news, it would also include an approximate wedding date on its front cover.

But when Jolie and Pitt revealed their pregnancy in 2006, but made no public announcement of either engagement or marriage, the magazine started shifting its policy of putting wedding dates of pregnant celeb couples on its cover.

That change, Grol-Prokopczyk says, “calatlyzed a larger movement — mainly, making it more OK for a couple to be pregnant without news of wedding bells in their future, the new study suggests.”

It gets deeper and had wide-reaching implication on society as a whole, the research suggests.

And it is very interesting to read how she came up with the idea for the study in the first place as it mirrors our exact experience with Google alerts for  the term “pregnancy.” A lot of the news out on that topic is about celebrities, and so much so that even mainstream news sites that focus on strict news are doing more celebrity pregnancy coverage.

Grol-Prokopczyk too had such alerts when she was expecting a child.

“I was expecting to get stories about nutrition during pregnancy, or how to avoid complications during birth,” she said. “Instead, over 90 percent of those stories emailed to me were about celebrity pregnancies.”

She said the headlines made her realized that many celebrities were having out of wedlock babies, counter to popular culture’s habit of stigmatizing unwed marriage. (Though arguably, I can attest to regularly seeing people who are traditionalist make negative comments in all unwed celebrity pregnancy stories in PEOPLE and US Weekly)

To conduct her research, Grol-Prokopczyk’s assistants found 384 stories on celebrity pregnancies between PEOPLE magazine’s inaugural year in 1974 to 2014. They coded each one, noting whether the parents were dating, engaged, married or not in a relationship at the time the mag announced the pregnancy on its cover.

According to the Alliance for Audited Media, PEOPLE magazine had the ninth highest magazine circulation in the United States in 2013,  which made it an ideal proxy for popular culture at large, Grol-Prokopczyk said.

She said that the magazine always celebrated pregnancies, even unwed ones, but before the early 2000s, it made sure to mention that marriage was  imminent.

And as to gay marriage, the researchers pointed out that they were referred to as single even if they had a partner. Jodi Foster, for example, famously had a partner but was featured in a cover with the title “And Baby Makes Two,” describing her as a single parent even though she had a partner.

It looks like they’ve evolved on that front too.

PEOPLE did not respond to Live Science’s request for comment and the study is yet to be published in a peer-review journal. It will be presented to the American Sociological Association’s annual meeting in Seattle in August. 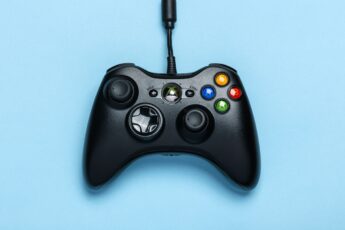