There is a concerted effort by many private, public and other groups and entities to get more girls into tech, and to counter the factors that push them away from the industry. More than 5.1 million people worked in core technology jobs in the U.S. at the end of 2015, but just 25 percent of those jobs were held by women.

Early interaction with technology, more information about job opportunities and support from parents and role models are among the actions that will encourage more girls to consider tech as a career option, a press release from CompTIA, the nonprofit association for the technology industry, noted.

CompTIA recently released  an ebook Make Tech Her Story: What Needs to Change to Inspire Girls’ Pursuit of IT Careers and companion website Make Tech Her Story  as part of its new awareness campaign to inspire tech industry leaders, educators, parents and, most importantly, girls to make the industry more gender inclusive.

“Achieving greater gender diversity in our industry requires major changes in the ways girls interact with and learn about technology,” said Todd Thibodeaux, president and CEO, CompTIA. “It will take a concerted, collaborative effort and long-term commitment by parents and role models, teachers and counselors and, most importantly, industry mentors, who can convey their passion about working in tech to future generations.”

Here are some of the startling findings about the critical factors that discourage girls from considering careers in tech from CompTIA research, based on a survey:

CompTIA hopes its efforts and even these positive images and a Rosie the Riveter style avatar maker (make your own here) will help shift the gender gap in tech. 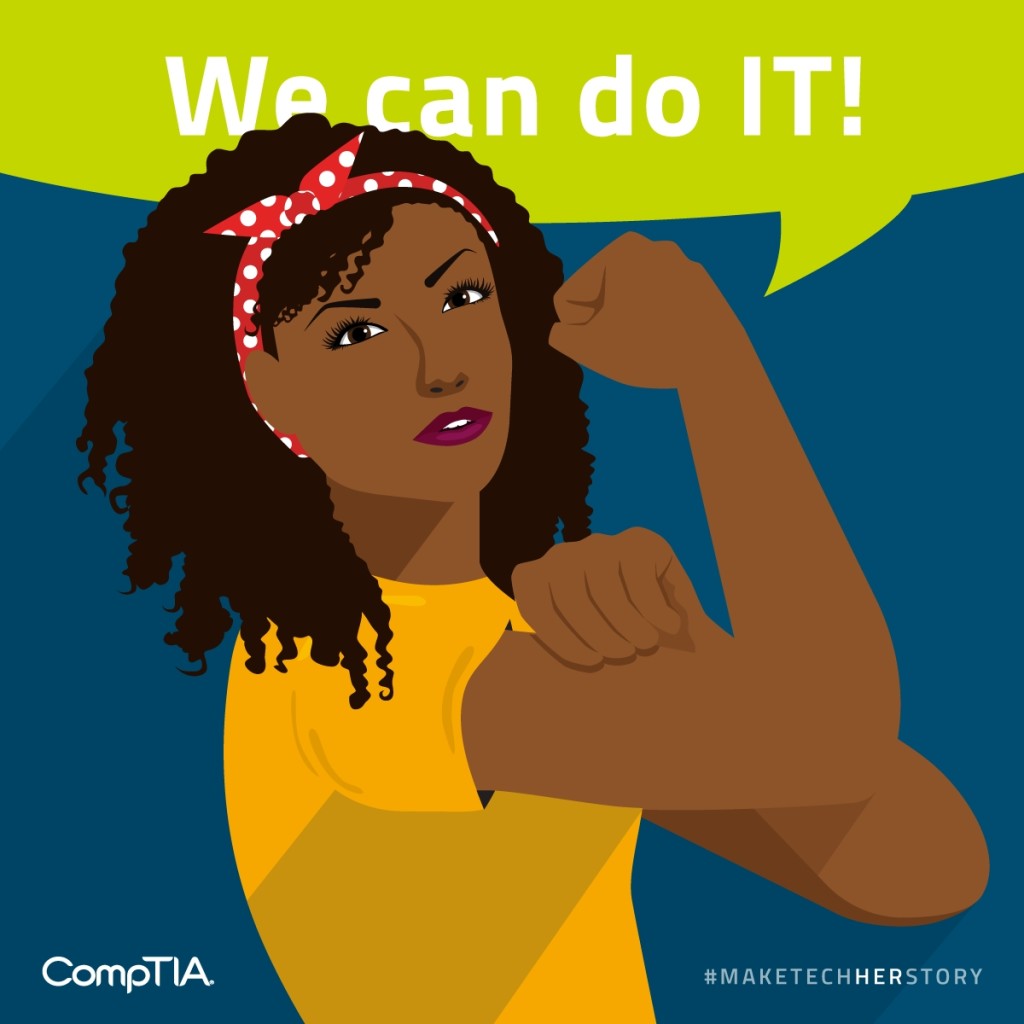 By Jeneba Jalloh Ghatt
comptiamake tech her story
4 Alternatives to Halloween for Families that Don’t Celebrate It
Spotted: Janet Jackson in an Adidas Poncho but websites are calling it ‘Full Islamic dress’