While breastmilk is the most nutritious and healthy choice that parents can make for their new baby’s diet, there are times when breastfeeding simply isn’t feasible. When medical conditions, personal choice or other circumstances require that your infant be fed formula, the vast array of options on the market can be staggering. Commercially available infant formula comes in several forms, and contents vary based on the specific requirements of an infant with special dietary needs.

Preparations
There are three common infant formula preparations commercially available today: powder, liquid concentrate and ready-to-use. Powder formula is often chosen due to its relatively low price and is favored by earth-conscious new parents due to the fact that powdered formula cans take up less room in transit, and in the garbage. It does, however, require a bit more time and concentration to prepare, which might be less than ideal for 2 A.M. feedings. Powdered infant formulas are designed for parents and caregivers to mix only the amount needed for a specific feeding, which help sin reducing waste. Cans generally have a one-month shelf life after they’ve been opened.

Liquid concentrate infant formula is more expensive than the powdered variety, but almost always cheaper than its ready-to-use counterparts. Preparation typically requires parents or caregivers only to mix equal parts of the concentrate and water, which makes the process a bit less labor-intensive than preparing a powdered formula variety. Like ready-to-use products, liquid concentrate formula is commercially sterile when it arrives in your home.
Ready-to-use or ready-to-feed formulas are generally the most expensive commercial option, but they require no mixing or measuring. Parents or caregivers that are concerned about access to safe, clean water to mix a powdered or concentrated formula can opt for ready-to-use because it eliminates such worries. Containers of ready-to-use formula require more space for storage, as well as more room in landfills if consumers don’t have access to recycling programs. Furthermore, the formula only has a shelf-life of 48 hours after opening, and may be more likely to stain than other feeding options.

Types of Available Formula
In addition to the three main forms that infant formula is available in, there are a variety of options regarding nutritional content and allergens. Parents should speak with their pediatrician before switching an infant’s formula, but should also have a basic idea of the different options on the market.
The most common type of commercially available infant formula is cow’s milk based, though the proteins are altered in order to make it easier for babies to digest. As a general rule, babies tend to thrive on a diet of cow’s milk based formula; carbohydrates, protein and fat levels are balanced almost perfectly for the majority of tiny tummies.

Some infants may have difficulty digesting cow’s milk formulas, or parents that are hesitant to place their new baby on a diet that contains animal proteins. In such cases, soy-based formula may be the best option. Lactose intolerant babies also do better with soy-based formula, which is also often suggested to the parents of colicky babies. Evidence supporting claims that soy-based formula improves symptoms of colic is largely anecdotal, however. Roughly half of babies that have milk allergies are also allergic to soy, so be prepared for the chance that a switch to soy-based formula makes no discernible difference.
Babies that have a number of allergies or aren’t able to absorb the nutrients in formula well may benefit from being switched to an extensively hydrolyzed formula, in which the proteins have been broken down into smaller parts. These formulas may also be suggested by your pediatrician if your child is suffering from eczema or other irritating skin conditions.

Low-birth weight and premature babies require specialized formulas that are higher in protein and calories than other varieties, containing medium-chain triglycerides that are more easily absorbed than other fats. Formulas thickened with rice starch are generally suggested for babies with reflux problems, which often aid in the prevention of reflux symptoms.

While the advertising budgets of nationally recognized infant formula brands may help to boost their visibility, they do not contribute to improving the quality or nutritive value of the formulas themselves. Because infant formula is regulated by the Food and Drug Administration, generic brands are held to the same standards as their designer counterparts; more often than not, parents shelling out extra money for name-brand formula are only paying for that name. Comparing the ingredients and nutrition information on the labels, parents can make an informed and frugal decision about the formula to feed their brand new bundle of joy.

By Jeneba Jalloh Ghatt
feeding formulaformula feedingguide
Grow a Lifetime Reader, Give them An Unlimited Library
A Child-Free Couple’s Guide to Hosting Thanksgiving for Families with Kids 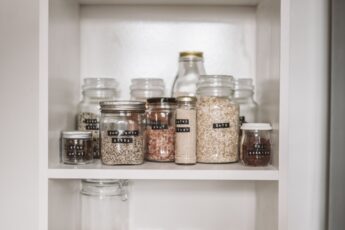 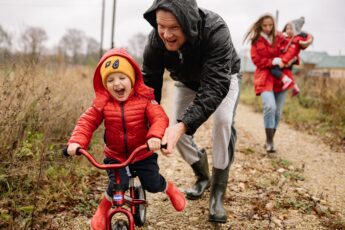