A 17 year old from Phoenix, Arizona was accidentally included in a group text from a grand mom named Wanda Delch who is of no relation and is a stranger to him.

He replied to the text thinking it was his grandmom but quickly learned it was not.

“I thought it was either a wrong number or my grandma learned how to use a phone correctly,” Jamal Hinton told NBC News.

He sent a selfie and Delch sent one back.

Hinton jokingly replied”you not my grandma. Can I still get a plate tho?”

“I said you sure can, that’s what grandma’s do,” Delch told the news site. The pair met Wednesday night — and Delch extended the invitation to Hinton’s entire family.

“I’ve got to figure out how big a turkey I need for 20 people,” Delch added.

Their story, reported by Buzzfeed on Wednesday morning, immediately went viral. The tale was seen by nearly two million people and re-tweeted over 120,000 times. It had clearly touched a nerve for millions of Americans.

“I feel like everybody sees this joy that two people, two strangers can actually connect,” said Hinton. Watch ABC News’ coverage of the heartwarming exchange.

Their story is reminiscent of another mistaken text where a couple sent a wrong birth announcement text and ended up getting visits from the strangers for the baby. Also, there is the story of a grandfather who made homemade burgers for his grandkids but none showed up. Later, he ended up getting lots of visits from dozens of area teens who appreciated a good burger!

A rep from Buzfeed said people love feel good stories like those especially around the holidays when people can forget the seasons for giving and being charitable. 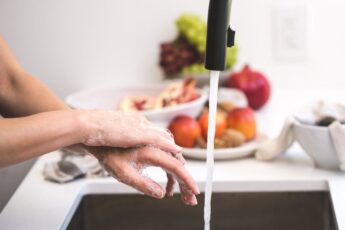