Social Media trolls made mean comments about this actress and model’s dark  belly and her interracial marriage.

Being a child of a celebrity has its ups and downs. In the case of Porsche Thomas, whose dad Peter Thomas is the estranged husband of Real Housewives of Atlanta star Cynthia Bailey, it turned ugly recently when cyberbullies descended to criticize the color of her baby bump.

Thomas, who is a model, actress, writer, and vegan chef, is expecting twins with her new husband.  When she posted a bikini photo of herself lounging by the pool on Instagram a week ago, her comment section was littered with trolls remarking about how dark her belly was.

One troll called Thomas a “nasty-looking thing” while another questioned why “her stomach is so black.”

Several came to her defense, educating the lot that some women’s bodies change color during pregnancy, but even so, why the hate on the darker skin?

They also criticized her for the fact that her husband is white.

☀️???Getting down to the wire. Only about two weeks left for me and these boys before they make their debut. ??Crazy excited and totally nervous. What a way to start #2017 ?? #35weeks #twins #babybump

“I shake everything off that’s negative,” she told  BET.com. “I don’t hold on to other people’s opinions that have nothing to do with me. I laugh at the ignorance. I know it exists, it’s there and it’s sad. The fact that we’re in a [Donald] Trump era made it less funny. But I don’t let things like that bother me. I’m pretty secure in myself.”

Not one to let the haters get under her skin, Thomas responded perfectly to them in another bare bump photo while drinking the proverbial “tea” that one drinks when dropping shady lines.

While some of y’all been in my comments criticizing the blackness that is my belly and me during what shoulda been your holiday cheer, I been over here enjoying life, growing tiny humans, performing miracles and hopefully getting even blacker ??#justsaying #melaninpoppin #twins #babybump #noairbrushneeded #love and be #loved ???? ????

We’re so used to seeing white baby bumps,” she told Revelist.com. “We don’t really get to see Black baby bumps and when we [do], people have a negative reaction to it, for some reason, like it’s vulgar.”

Enjoying ALL of this moment ☝?️ so #grateful to @brucetalbot for capturing it ? #pregnant #twins #babybump

She told the site that she is focusing on positive things for the remainder of her pregnancy.

“Pregnancy is a beautiful time and I enjoy sharing mine. It’s a shame that people see that openness and view it as an opportunity to bully or criticize,” she said. “However, I never let that bother me. I realize that those issues are not mine and have nothing to do with me.  My happiness and confidence couldn’t possibly be determined by anyone externally, especially not on social media.”

She has a lot to be grateful for this past year and the year to come. She told BET.com that she will be the face of Black Radiance cosmetics company’s line for darker complexioned women.

My #2016 in a nutshell. ???? #2016bestnine Can’t wait to see what #2017 has in store for me! Excited to be a mom, to get back to work and expand myself beyond my wildest beliefs, and to create even more new unforgettable memories. #letsgetit! ??

So blessed! Keep on keeping on, Ms. Thomas!

Her babies are due this month! Godspeed! 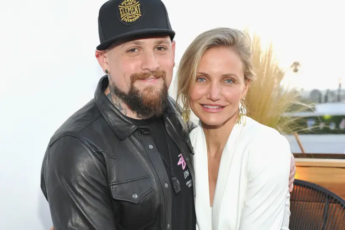