I was in my late 20s when MTVs Laguna Beach was on the air and back then the teens who the show followed who were well-to-do inhabitants of Orange Count, California  seemed like babies to me.  The show was supposed to present the real life version of the then-popular scripted The CW TV show, The OC.

They all seemed so young to me back then and I remember never ever really knowing what Kristin was saying because she talked so fast, and I am a very fast talker myself. Even though I’m pretty much a goody-two shoes myself, I rooted for her against the very perfect Lauren Conrad.

Now that one of the main stars, Lauren Conrad,  is expecting her first child, it is interesting to note that almost all of the girls from Laguna Beach (and spinoff The Hill and The City) are married with kids.

Laguna Beach alum Alex Murrel gave birth to a son last July with her spouse and a month later another alum of that show about “the Real Orange County”,  named after the hit show The OC ‘s fictionalized portrayal of the posh coastal region, gave birth. Casey Reindhardt and her husband welcomed their first child, a daughter they named Kensington. Christina Schuller (nee Sinclair) welcomed her first child, son Christian Sutton, in 2014. This past September 2016,  Morgan Smith (nee Olson) welcomed her second child with her husband,  daughter, after giving birth to son Theo in 2014. Jessica Evans (nee Smith) is a stay at home mom to three and is expecting her fourth child, a little girl this March.

Lo Bosworth is the only one not yet married and she is busy managing several successful lifestyle brands, lovewellness, a women’s wellness company and her blog The Lo Down Blog.   Taylor Cole married a real estate investor in 2015. No kids yet for the California-based professional photographer, but perhaps this will be the year.  Whitney Port also got married and manages a TV and fashion design career and a successful lifestyle brand.

And there you have it! My version of “Where are they now?! ” lol! 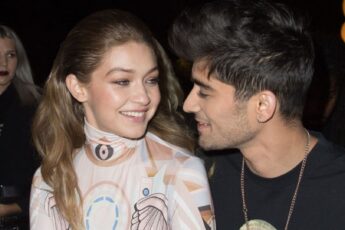