Well, here’s some good news for people who find cleanliness freaks absurd. Scientists have recently discovered that over-obsession with hygiene could be putting beneficial bacteria in your gut onto the ‘endangered species’ list.

One of the facts scientists have pointed out is that although providing clean drinking water to everyone on the planet has been a critical health goal globally for decades now, it also has increased the risk of asthma.

Speaking at the annual meeting of the American Association for the Advancement of Science in Boston, Dr Brett Finlay suggested the obsession with hygiene could even be turning some beneficial bacteria found in the human gut into “endangered species”.

In a study in Canada, the researchers had found the presence of four types of bacteria in the gut of babies less than 100 days old seemed to prevent them from developing asthma in later life.

They then decided to see if the same was true for children elsewhere in the world and settled on Ecuador, where about 10 percent of children have asthma, for their next study.

They found the same protective effect of the four bugs, but also two unexpected factors that increased the risk of the condition: a particular type of yeast in the gut and access to a clean water supply.

Dr Finley, of British Columbia University, said: “Ironically the kids with clean water had a higher risk of asthma. “I guess it makes sense [because of the lower levels of bacteria], but I must admit we were surprised to see that. You’d think clean water is good for the world.”

By Jeneba Jalloh Ghatt
American Association for the Advancement of ScienceBritish Columbia UniversityDr Brett Finlay
Viral: We love This Parapalegic’s Crude but Cute Pregnancy Announcement
Parents Who Smuggled Kids Into US may Face Criminal Prosecution 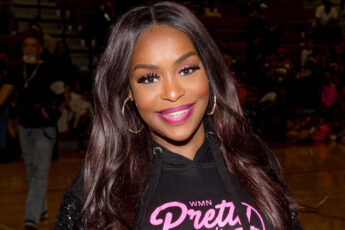