If you are newly preggers but haven’t leaked the news to colleagues, acquaintances and friends yet because it’s still quite early, hiding it from pals at a Saint Patrick’s Day outing may be tough.

If you can’t come up with an excuse to skip it because up until now you’ve been known in your circles as the group lush, you’re going to have to be creative to hide from those sleuths in your social circle

Over the years, we’ve curated some ideas and suggestions from various women who’ve had to play off their lack of drinking during the critical early months of their pregnancy when they were not yet ready to start telling others.

Here are some things you can do to maybe head off curious looks and questions:

DRESS:  Stick with A-line tops or dresses or empire waist tops to conceal any bump that may have emerged. Whatever you do, just say no to the new crop top trend this round! mmmkay?

DRINKS: Order a coke or other dark drink at the bar away from everyone so no one knows you’re not consuming alcohol.

Your friends may assume there is liquor or alcohol in that glass. Then, the trick is to nurse that ONE drink all night so you get to pass when someone orders another round for the group. You won’t have to do the okie doke twice.

You may not  want to waste good liquor but another option is to  discreetly place  your full glass on the bar away from the group, then find a random a nearby empty glass to pick up.  It may sound a bit deceitful and grimy, but hey, you do what you have to do.

If everyone’s going out for beer, you cannot go wrong with carrying your own bottle of O’Doul’s or some other non-alcoholic beer in an oversized handbag and pouring that in an emptied glass when no one’s looking. It has the same look and consistency of real bear. You would be seen actually drinking a frothy drink.

Kombucha is a fermented black tea drink that can also look like alcoholic ale. You could also use that as a subsitute.

Fortunately, if you have to hurl in the bathroom, and you’re at a pub, you may have plenty of company among other too inebriated light weights in there doing the same. ha!

No one will suspect it’s you in the toilet hurling or they may think you had one too many! For once, being considered to be the too drunk girl in the room has its benefits.

Have Fun and Good Luck keeping your baby-baking secret concealed!!! 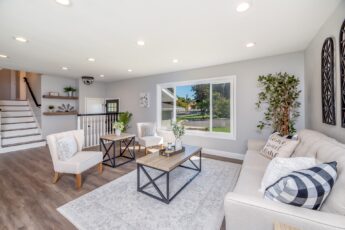