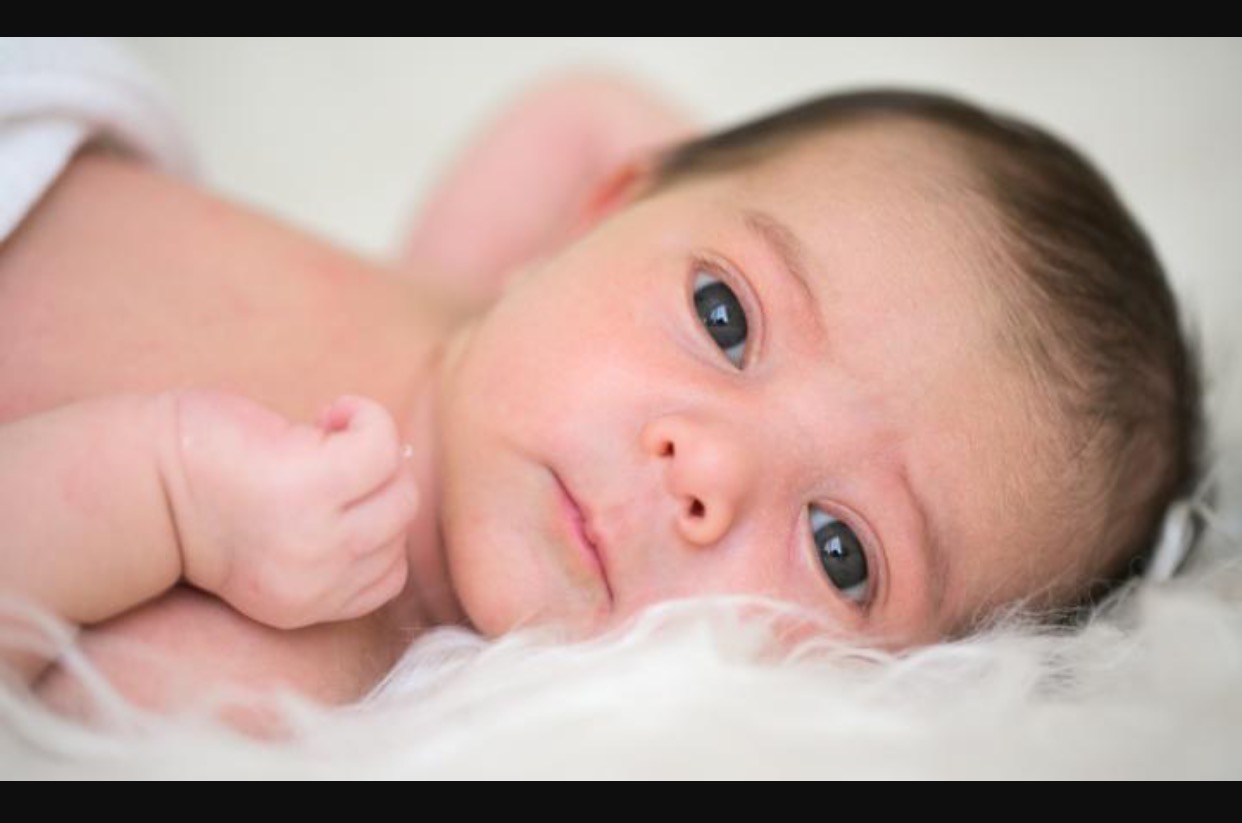 Expecting moms (and dads) often wonder what color eyes their baby will have when it is born.

While designer babies genetic manipulation is on the horizon, it isn’t here yet so a lot of folks just have to wait it out.

The color of a person’s eyes depends on the amount of pigment called melanin present in the eye iris (melanin is also responsible for skin color).

People with blue eyes have little melanin while people with brown eyes have lots more melanin. Those with another eye color fall usually somewhere in between these 2 ends of the spectrum.

Newborns inherit genes from both mom and dad. The combination of genes from these two  will predict what color the baby’s eyes will be.

All babies, with a few exceptions, are born with blue, gray or brown, or black eyes.

However, it would be a mistake to think that only brown-eyed babies can come out of brown-eyed parents because while the likelihood is high, you never know how genes will manifest themselves in offsprings.

A baby may not inherit the same eye color as either of his parents.

The reason is that because carry 2 children for each gene, one from the mother and one from my father. These 2 versions of each gene are called “alleles” and in some cases some are more dominant than others. In eyeglass control eyelashes, brown is dominant in blue, but a baby can inherit the recessive gene from one or both parents.

To better understand the above, assign the letter ‘B’ to brown eyes and the letter ‘b’ to blue eyes (each person has a combination of 2 eye color genes, one inherited from each parent). Because we know that the brown eye gene (B) is dominant to the blue eye gene (b), then a brown-haired baby may have either the ‘BB’ or ‘Bb’ combination, while a blue-eyed baby can only be ‘bb’. Got it?

So, if we say the mother has blue eyes and the father’s eyes are brown, then a blue-eyed baby will be born like this:

If both parents have brown eyes, but the baby has blue eyes, it means that each parent has a combination of ‘Bb’ genes and both have passed the recessive gene ‘b’ to the baby. If at least one of the parents had transmitted the dominant B-gene to the baby, then the result would have been a baby with brown eyes.

Again, it’s all genetics and they’re quite unpredictable and thus why even scientists and geneticists have a difficult time telling parents for sure what to expect.