High achieving smart but poor kids wind up earning significantly less salary as adults than children with mediocre academic abilities who were born to parents that are professionals or managers.

This inequity is apparent even when the workers have the exact same position, work experience and education attainment, UK’s Education Secretary recently admitted.

She added: “Graduates from disadvantaged backgrounds who do make it to the top jobs still earn, on average, over £2,200 a year less than their colleagues who happen to have been born to professional or managerial parents – even when they have the same educational attainment, the same role and the same experience.”

In singer Lorde’s song “Royals”, she sings about “postcode envy” which is a real thing and then there is the “Postcode lottery” which children who go to school in wealthier areas benefit from.

During the conference, Greening blamed the current school funding system for contributing to inequity in opportunity for equal pay.

We have that same “postcode lottery” here in the US. With much of school funding coming from property taxes of the surrounding homes, naturally, schools in areas sign high home values will be better funded than those in poorer parts.

Brits agree that one’s parents’ socioeconomic standing benefits how well a person does in life.

A Social Mobility Commission poll conducted last year found that 45% of Britons believed “where you end up in society is mainly determined by your background and who your parents were”. Just 29% of people bought into the idea that success is based on merit alone.

Unlike our Education secretary in America who only has experience attending and sending her own children to private school’s, UK’s Greenfield went to public schools, called a comprehensive school in England. Also, she was the first in her family to go to university so she can relate.

“I’m not someone who ever planned to go into politics,” she said. “Far from it. Actually, some of my earliest memories of politicians are of my father shouting at politicians who turned up on the news, frustrated that he felt they didn’t really talk about his life.” 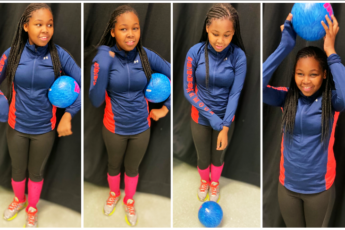