Co-parenting with an ex can be hard but some, make it work. And then there are some who manage to retain their strong familial bond despite the break up that they confuse people.

I can think of three celebrity couples who take co-parenting to another level by co-habitating, remaining close-knit and vacationing together while broken up for the sake of the children.

More recently, I think of Bravo docu-series Real Housewives of Potomac housewife Robyn Dixon and her ex Juan Dixon, basketball coach and former NBA player. A big part of their storyline on the two-season show is the fact that they live in the same home for convenience and financial reasons, according to Robyn. The couple have two 7 and 9 year old-sons, Corey and Carter.

“We sleep in the same bed,” Robyn confessed to OK! Magazine. “If you didn’t know, if I didn’t tell you, you would assume we are married just because we function as a couple kind of as we have always known each other.”

She has said they are working it out and may reunite romantically.

Similarly, Kourtney Kardashian and Scott Disick have been photographed vacationing together in Hawaii this year, very much looking like a nuclear family with their 7-year old son Mason, 4-year old daughter Penelope and 2-year old son Reign in tow. The on-again-off again couple are part of a very public TV family so perhaps that makes it easier to keep close.

Not long ago, we hear that Ben Affleck reportedly slept in the room next door to Jennifer Garner after they split because it was just easier to keep the family unit together during those precarious times after the break up. Affleck and Garner co-parent 11-year old Violet, 8-year old Seraphina and 5-year old Samuel.

They are friends and have had amicable break ups and are adult enough to move past what ever caused the split and move forward together while they figure things out.

Naturally, these types of arrangements confuse people who are used to seeing couples go at each other’s throats after breaking up.

In it, she relays that the perfect family people see on her social media feed is actually not even what it seems.

“I think it’s still strange for other people to see us acting as a traditional family, and with no conventional explanation behind our decision to part ways, it often feels hard to justify to people who ask about my relationship with Honor’s dad,” she wrote about her situation with her daughter’s dad Ibrahim with whom she is no longer in a relationship with.

It’s unconventional and sometimes criticized by onlookers but if it works for the couple for the sake of the children, who are we, as society to judge, right?

Green sums it up best:

My hope for every other mama who comes across my blog or Instagram page is for them to know that it’s OK for their journey to not look like mine and Honor’s — that whatever story is unfolding in their journey through motherhood is just as valid and important as anyone else’s. This is your life and what you are doing is right for you. At the end of the day, whether you are married and parenting with a spouse, single-parenting, or co-parenting and going to the museum for family days like my family does, only you can set your standards. Whatever your story is, I hope you’re able to embrace it, and I hope you know that you’re doing a great job. 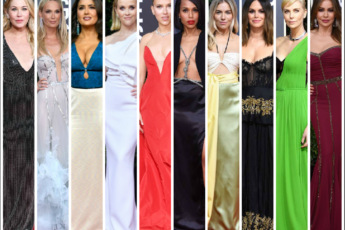