Kerry Washington is mom to 7-month old son Caleb and 3-year old daughter Isabelle who she manages to keep out of the public eye. Once in a while she discusses them and life with them during an interview.

That was the case recently in an interview for Net-A-Porter‘s fashion magazine The Edit.  In the mag which features Washington in its new “Power Women” issue, the Scandal star talked balancing motherhood with being a working actress.

“I can be covered in spit-up on a conference call while I’m pumping and that’s OK, because this is my perfect,” Washington told The Edit in comments posted online Thursday, “It may not be somebody else’s, but this is mine.”

Washington, who is married to ex-NFL player Nnamdi Asomugha, said her boss, Scandal creator Shonda Rhimes is among her mom role models.

“Shonda’s got I-don’t-know-how-many shows now, plus three kids, and she just figures it out,” Washington said. “However busy I feel, Shonda feels busier, so I’m just going to rise to the occasion. She’s been a real role model. Seeing the community she’s created and the work ethic—I feel like there should be more of this in the world.”

With buzz of Scandal finishing off its last and final season, Washington has been busy with her Simpson Street Production company, named for the Bronx street where her mom grew up.

Her company wrapped “Confirmation”, the Anita Hill story on which Washington starred and played the embattled attorney who almost took down Clarence Thomas during his US Supreme Court confirmation hearing over allegations he sexually harassed her.

And now they have three projects in the can: a TV show about a multicultural family and two movies for the big screen about mothers. Nice!

“We’re looking to do diverse work that brings more and more people to the table—anyone whose voice is underrepresented,” the actress told The Edit. “We’re trying to carve out a space for them at the table of empowered storytelling.” 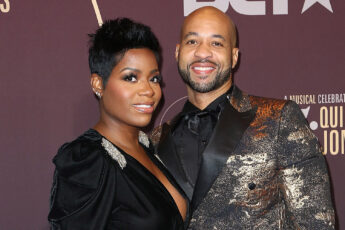