Today has been quite a tumultuous one in the United States with not one, not two, but three different active shooter emergencies, including one this morning by a gunman who attacked Congressional Republicans during a charity baseball game practice. One of the Congressman’s 10-year old son was nearby the playing field in Virginia.

Now that these incidences are becoming more common place here and abroad, places like cafes, movie theaters, schools, sporting events and concerts are fertile ground for terrorists or lone gunmen to target. It’s pretty sad and scary because no longer can we be assured that we can avoid the type of places that these incidents occur at because there is not typical target any longer.

We may have heard the story of the little girl who survived the Sandy Hook shooter by pretending she was dead and staying still. Most kids are not prepared for such a situation and wouldn’t necessarily be that quick on their feet to think like that. It then leads us to the inevitable. We have to prepare our children for surviving an  active shooter situation.

Here are some basic pieces of advice, adapted from instructions and policies created by the ALICE (Alert, Lockdown, Inform, Counter, Evacuate) Training Institute

What is an Active Shooter?

An active shooter emergency involves one or more persons, using a firearm, engaging in a random or systematic shooting spree. The vast majority of shootings in this country are over in a matter of minutes, involve persons known to one another, and are confined to a particular area.

An Active Shooting incident does not follow this template. It may last for minutes or hours, range over a large and constantly changing area, and threaten everyone within close proximity of the shooter(s).

Do You Get any Warning?

Persons may or may not receive advance warning of an active shooter. A witness, personal observation or the sound of gunshots may be the only alert you receive, leaving little time to react.

The sound of gunshots, unlike special effects in movies and television, may sound muffled and make a “pop, pop, pop” noise. It is reasonable to assume that a series of such noises are gunshots and you should begin to take necessary precautions.

What’s Wrong With the Traditional “Shelter In Place” Process Police Use?

Traditional response to this type of incident has been to shelter in place and wait for the police to arrive. While this type of response is not wrong, case studies of several active shooter incidents have shown there may be instances where it is not possible or a secure location has been breached, resulting in an increase in casualties.

What is a Good Alternative for Pre schools and Day Care Centers?

The “ALICE” response plan has been identified to assist you in your response should this type of incident occur.

Pre-Schools and Day Care Centers come with unique factors and questions in dealing with this type of emergency. Building layout and features, the high number of younger children, and the consideration of possibly having only the option of “Lockdown” in some areas presents issues outside of normal protocols.

The staff should become skillful and think in terms of “when…then…” for an alert mindset.

Why Pre-Schools and Day Care Centers Present a Problem

Unlike most buildings, Pre-Schools and Day Care Centers usually only have one identifiable entrance for the public, but have several egress points for those in the building to escape in case of emergency. These points usually lead to playground areas that are fenced in order to keep children from wandering from the premise.

Consideration should be given to these fenced areas being gated and easily opened by staff to exit. Whether in an Active Shooter Emergency or Fire, the ability to move large numbers of staff and children away from the premise should be paramount. Once away from the building, the issue becomes one of keeping the children together and moving them to a safe haven. This location should be planned out and drilled into the children in much the same way we evacuate for fire drills. Campus Safety Has an Excellent Plan for administrators of schools and day care centers you can download HERE!

What should You or Your child do in an Active Shooter Situation to Survive?

What follows is a simple, example of an ALICE for Pre-Schools/ Day Care Centers.

“ALICE” is an acronym for 5 steps you can utilize in order to increase your chances of surviving a surprise attack by an Active Shooter. It is important to remember that the “ALICE” response does not follow a set of actions you “shall, must, will” do when confronted with an Active Shooter. Your survival and the survival of the children are paramount in this situation. Deal with known information and don’t worry about unknowns. You may use only 1 or 2 parts of the response plan or you may have to utilize all 5. In this type of incident, your perception is the reality and you will be deciding what the appropriate action is for you to take.

These measures are meant to provide you with the knowledge and skills you may need to make decisions for your safety and the safety of the children. There are no mandates on how to survive, you are empowered to make decisions and won’t be second guessed.

What Can Parents do To Prepare for Non School Active Shooter Situations?

A new book from the Alice Institute called “I’m Not Scared, I’m prepared” ($8.55)  tells the story of a teacher who has to tell her students what to do if a “dangerous someone” is in their school. Because we live in the world we live in, a book like this is needed for educators and parents so that their children are prepared for surviving a possible attack. It teaches the concepts taught in the training school for all children in a non-fearful way. Children learn things like: 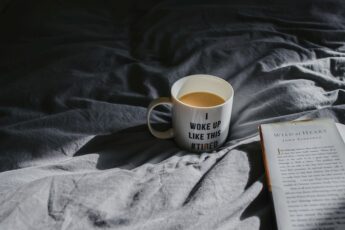