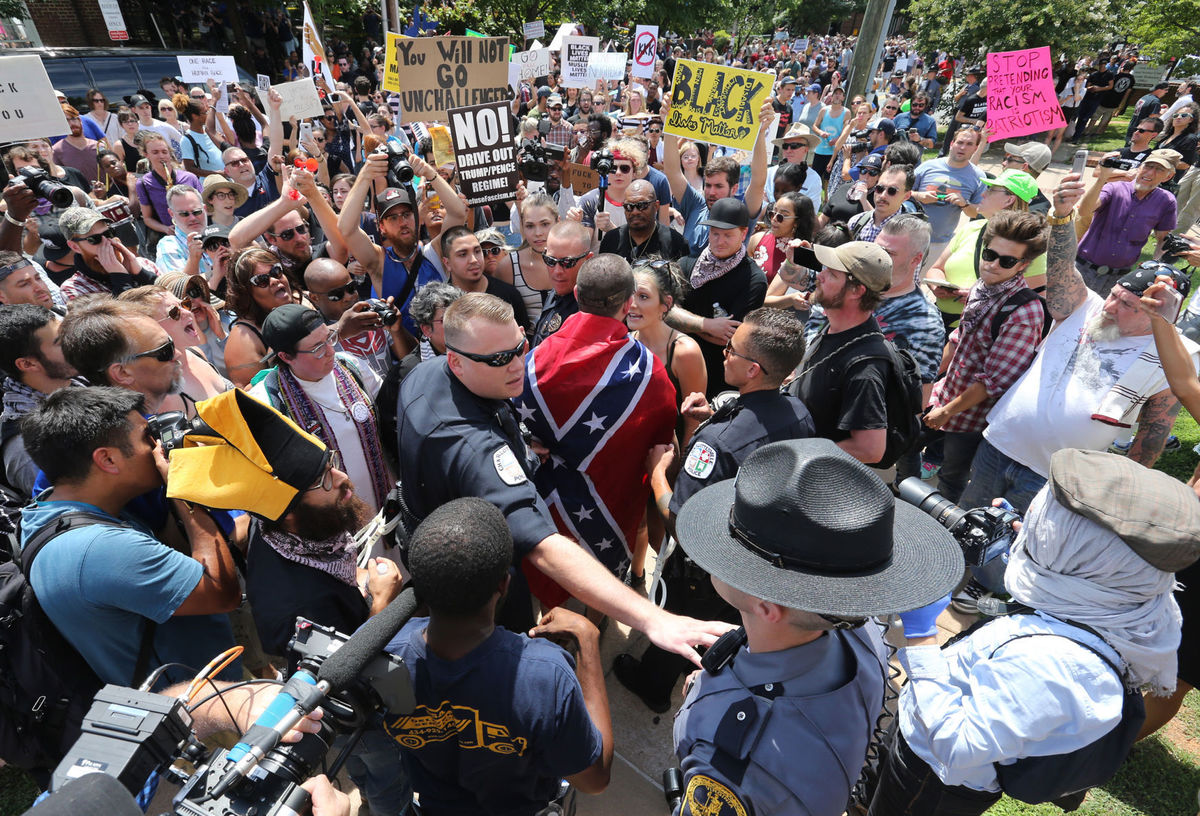 The teacher of a 20-year old who reportedly mowed down counter-protestors at a White Nationalist rally in Charlottsville, Virgnia said the suspected killer, James Alex Fields Jr., thought Nazis “were pretty cool guys.”

That’s alarming because for years, we have been told that people who grew up embracing racism from the past were dying out, but here we have young people still espousing hate against others based on their race.

I thought it would be wise to share what the FBI has posted online to target Teens especially considering so many of the White Supremacists at the rally were young people and college kids. 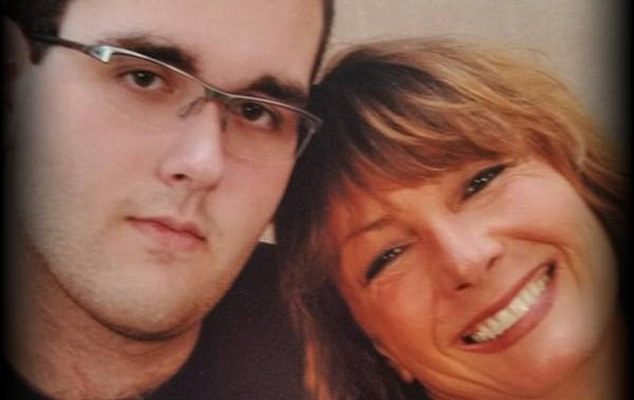 It is reminiscent of the radical Islamic jihadists who end up becoming suicide bombers to the surprise of their family and friends who had no idea that their child had been radicalized.

A lot of it happens online and Violent Extremist Groups come in all shapes and sizes but many use the Internet to recruit and poison the minds of impressionable youth.

Check out the FBI’s information page so  you as parents are more aware and armed to confront your child in case he or she start acting out or expressing some extremist views, starting here:

Groups that commit acts of violent extremism can have very different beliefs and goals. They are located in many countries around the world. Most have websites or use social media, so they can now reach and recruit people just about anywhere.

Keep in mind that some of those who carry out extremist attacks and hate crimes are only loosely motivated by these groups and may not be actual members.

Please note: You may know someone in this country who has radical beliefs or agrees with the actions or ideologies of violent extremist groups. That is their right under the U.S. Constitution. However, if a person seriously plans to carry out an act of violence or is strongly pushing you or someone else to do so, that is illegal.

More than 50 violent extremist groups around the world have been named terrorist organizations by the U.S. government. Just six of the many groups identified by the U.S. State Department are listed here. Thousands of violent extremists belong to these groups, support their beliefs, or are inspired by them.

Overview of Group: Al Qaeda, which means “The Base” in Arabic, is a global extremist network started in 1988 by the now deceased Osama bin Laden. It seeks to free Muslim countries from the influence of Western countries and attacks Muslim nations that don’t agree with its version of the Islamic religion.

Who or What They Target: Al Qaeda attacks those it believes are enemies of Islam. In 1988, al Qaeda said that it is the duty of its followers to kill Americans and citizens of other countries that support the United States. Al Qaeda has carried out many bombings and other acts of violence, including the attacks of September 11, 2001.

Overview of Group: Al Shabaab is a violent extremist organization based in Somalia that seeks to replace the current government through violence. Al Shabaab has recruited dozens of U.S. citizens to train and fight with them.

Who or What They Target: Al Shabaab has carried out many bombings and murders in Somalia and in nearby countries such as Kenya. It not only targets government officials and military troops but also Somali peace activists, international aid workers, police officers, and others. Al Shabaab has a history of kidnapping and hurting women and girls.

Overview of Group: Hizballah, or “Party of God,” is an extremist group based in Lebanon. Hizballah supports the global rise of Shia, a branch of Islam, and it is inspired by the Iranian revolution. Hizballah also supports certain Palestinian groups in their struggle against Israel.

Overview of Group: ISIL (DAESH) is a highly violent extremist group that has killed thousands of men, women, and children, mostly Muslims. The group calls itself the “Islamic State,” but its members follow an extreme, fringe interpretation of Islamic law. They do not represent mainstream Islam, and the vast majority of Muslims are horrified by their actions. ISIL members work to enslave or kill anyone who disagrees with them and have taken over parts of Iraq and Syria. ISIL continues to actively recruit U.S. citizens, especially young people.

Who or What They Target: ISIL has attacked the people of Iraq, Syria, and other nations—including government and military officials as well as journalists and school children. ISIL also has targeted Americans and has killed U.S. troops and civilian hostages.

Overview of Group: Kahane Chai (“Kahane Lives”) was started by the son of a radical Israeli-American rabbi named Meir Kahane, who was killed in 1990. The group seeks to expand the borders of Israel.

Who or What They Target: Kahane Chai has targeted Arabs, Palestinians, and Israeli government officials. Its last major attack was in 1994, when a Kahane Chai supporter opened fire at a mosque in the southern West Bank, killing 29 people.

Overview of the Group: Fuerzas Armadas Revolucionarias de Colombia (“Revolutionary Armed Forces of Colombia”), or FARC, is a violent rebel group. Since it was created in 1964, FARC has tried to overthrow the Republic of Colombia, South America’s oldest democracy. It also sends a lot of illegal drugs into the U.S. and other countries.

Who or What They Target: FARC mostly targets the people and government of Colombia through bombings, murder, and other attacks. FARC sees U.S. citizens as “military targets” and has kidnapped and murdered several Americans in Colombia.

Violent extremist groups of all kinds operate around the globe. They have targeted and killed many innocent people, including women and young girls. They don’t respect basic human rights or important values such as freedom of expression and freedom of religion. Don’t be a puppet. Don’t support these violent groups.

Violent extremists based in the United States have different beliefs that lead them to commit crimes and acts of violence. Some of the most common domestic ideologies are listed here. It is important to note that it is legal to have hateful or extremist beliefs as long as you don’t commit crimes or violence based on those beliefs. The right to assemble (or gather) in groups is also protected by the U.S. Constitution.

What They Believe: Sovereign citizens believe they are separate or “sovereign” from the United States even though they live here. They think they don’t have to answer to any government authority. Sovereign citizens use their beliefs to justify fraud and other non-violent crimes. But some sovereign citizen extremists turn to violence and commit murder, threaten public officials, and destroy property as part of their anti-government, anti-tax beliefs.

What They Believe: Some animal rights extremists and environmental extremists believe violence is needed to stop those they think are hurting animals or the environment. These violent extremists usually don’t seek to kill or injure people, but their crimes—which include property damage, vandalism, threats, cyber attacks, arson, and bombings—have caused millions of dollars in damages and disrupted the lives of many Americans.

Who or What They Target: Violent animal rights extremists attack those they believe are linked to the abuse of animals. Typical targets include the fur industry, companies and individuals involved in animal research, and businesses that ship animals. Violent environmental extremists target those they believe are destroying the environment, such as businesses and individuals involved in construction or automobile sales.

Who or What They Target: Violent anarchist extremists usually target symbols of capitalism they believe to be the cause of all problems in society—such as large corporations, government organizations, and police agencies. They damage property, cause riots, and set off firebombs. In some cases, they have injured police officers.

What They Believe: Some abortion extremists believe that violence and bloodshed are justified to support their different beliefs on abortion. These violent extremists have turned to murder, bombings, assault, vandalism, kidnapping, and arson. They have also made death threats and sent hate mail and suspicious packages.

Who or What They Target: Violent anti-abortion extremists have targeted women’s reproductive clinics and the health care professionals and staff who work in these facilities, including doctors, nurses, receptionists, and even security guards. In one case in 2009, for example, a Kansas doctor who performed abortion services was shot and killed in his local church by an anti-abortion extremist. Those who use violence to defend abortion rights have murdered, threatened, and attacked those who oppose abortion.

What They Believe: A militia is a group of citizens who come together to protect the country, usually during an emergency. Some militia extremists, however, seek to violently attack or overthrow the U.S. government. Often calling themselves “patriots,” they believe the government has become corrupt, has overstepped its constitutional limits, or has not been able to protect the country against global dangers.

Who or What They Target: Violent militia extremists mainly target those they believe could violate their constitutional rights, such as police officers and judges. In one 2010 case, a Michigan militia group planned to kill a police officer and later attack the parade of cars in the funeral, hoping to start a large battle. The FBI and its partners stopped them from carrying out their plan.

What They Believe: White supremacy extremists are motivated by a hatred of other races and religions. Some try to achieve their political and social goals through violence. These violent extremists often wrongly believe that the U.S. government is hurting the country or secretly planning to destroy it.

Who or What They Target: White supremacy violent extremists target the federal government and racial, ethnic, and religious minorities. Their methods have included murder, threats, and bombings. As just one example, white supremacists attacked a pair of Middle Eastern men on New Year’s Eve in 2011, punching one victim in the face and head.

In the U.S., people have many ways to express their views and support peaceful change, but domestic extremists use violence against certain groups, the government, and innocent people to advance their beliefs. Don’t be a puppet. Don’t join these efforts to divide and destroy America.

Instructions: Take the quiz to test your knowledge of violent extremist groups.

Al Shabaab is based in which country?

Which place would NOT be a target of violent animal rights and environmental extremists?

FARC does which of the following?

Which violent extremists believe society should have no government or laws?

Which highly violent group has taken over parts of Syria and Iraq?

Violent extremists all believe their causes are just and true, but their viewpoints and actions can be very different from one another. Some violent extremists strongly—and violently—oppose other ideologies and organizations. Don’t be a puppet. Recognize that violent extremists don’t have your best interests at heart. They want to trick you into carrying out their orders.

By Jeneba Jalloh Ghatt
FBISusan Bloom
Back to School Tax-Free Weekends: List of States That Offer Them
Celebrity Bump Watch: The Round Up This Week