This week, one of our fave morning shows, “The Fam in the Morning” had a debate about whether one would hire an attractive babysitter, nanny or au pair. The female host, Danni Starr, said a pretty girl DM’d her in response to an Instagram post Starr shared asking for a nanny. Starr, whose ex-husband cheated on her with a stripper and had a baby with one of their sitters,  said she did not reply to the DM because she was not interested in exposing her new boyfriend to the attractive girl.  Things went left when the two male show hosts, DJ Quicksilva and DJ 5-9 invited the rejected DM girl on the show and the girl proceeded to call Starr insecure. The debate turned into an all out fight live on air and it ended with Starr storming out and later tweeting that she was looking for a new job.

It sadly happened today, on International Women’s Day. Anyway, the fight trended on Twitter in DC and eventually went international when several news outlets including the UK Daily Mail covered the ambush and subsequent spat and on air melee.

It reminded me of an article several years ago by now-defunct parenting blog Momlogic where they explored the idea of hiring a hot nanny and queried  women’s response to the suggestion.

Most recently, our Bellyitch Bumpwatch alum Mel B was embroiled in a battle with ex over an affair he had with their nanny.

Arnold Schwarzenegger, Ben Affleck, the late Robin Williams, Rob Lowe, Jude Law and other famous men have been caught having affairs with the nanny or babysitter. There are quite a few men who actually left their wives for the nanny. Certainly, there are examples among regular families too.

The site gathered responses from readers and below are the gems:

One of our Moms says her occasional sitter is gorgeous. “I’m less concerned about a sitter’s appearance than her personality. If I felt like she ‘connected’ with my husband in other ways—I’d have to let her go.”

Another Mom’s answer was short and sweet. “No.”She eventually added, “It’s like when you’re on a diet and you don’t want chocolate cake in the house. I trust my husband. But I really don’t want to expose him to temptation if I can help it!”

One Mom said “I don’t want some hot nanny in my house, picking up toys with her young, tight, little ass. Nope. I don’t want it.”

Another Mom said she’s always had nannies who looked like supermodels. “The funny thing is, my husband always hired them.” Okay. Hmmm.

Would you hire an attractive nanny, au pair or baby sitter? This mom and blogger did. Read about her experience and agony over the decision here! 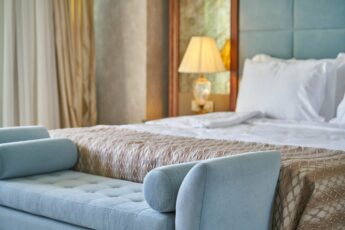