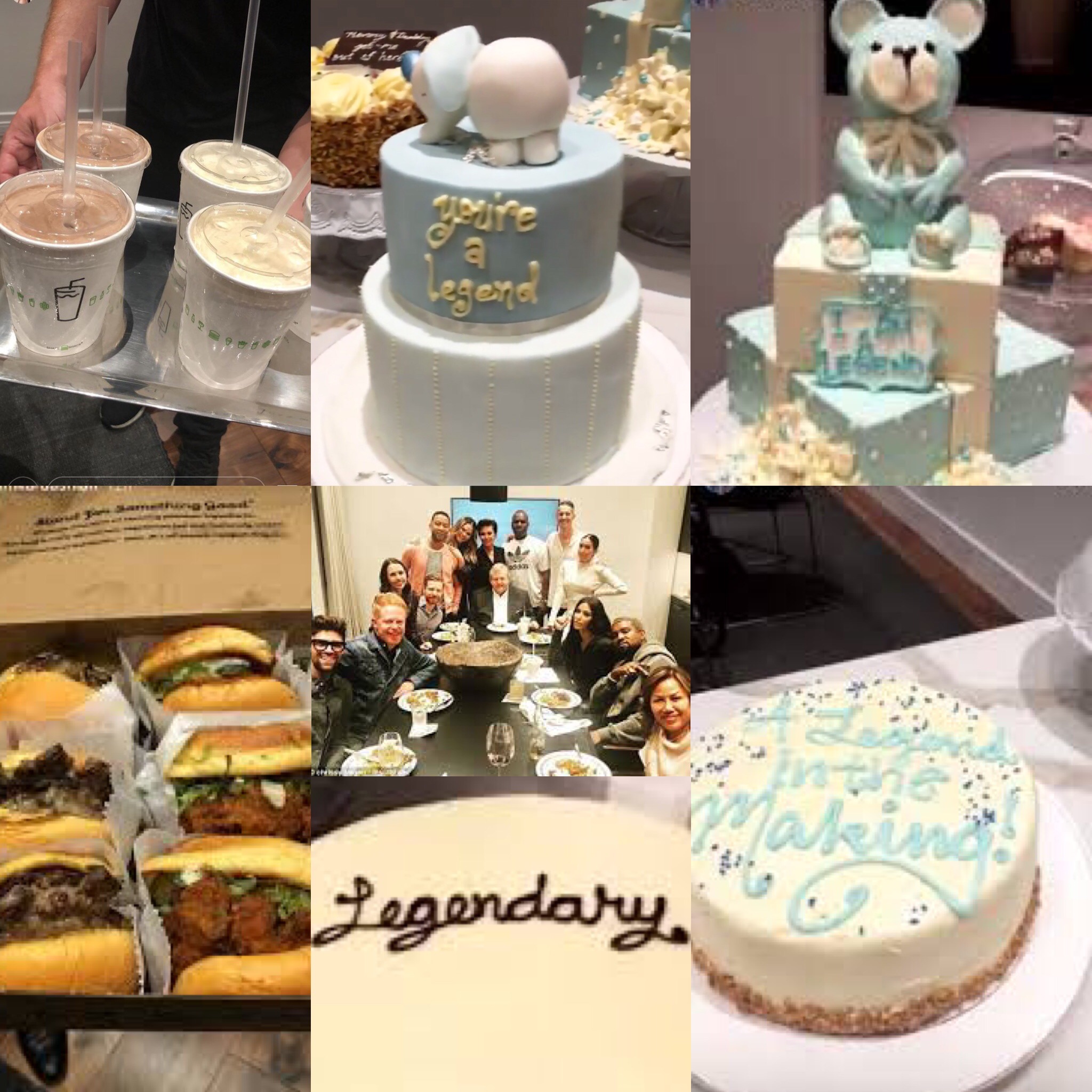 We are sensing a pattern.

Chrissy Teigen has said she doesn’t like baby showers so her friends throw her surprise ones each time she is pregnant.

She gets two: a surprise baby shower in New York City for her east coast friends and family and one in Los Angeles, usually thrown by her Kardashian pals.

This time was no different.

After celebrating her and husband John Legend’s impending arrival in Manhattan at a surprise baby shower in November, this past Friday, Kim Kardashian-West hosted another low key baby shower.

Last round, the make up module treated her friend to a McDonald’s feast to celebrate now two-year old baby Luna before she was born.

This time, Kardashian chose Shake Shack to cater the event for the Sports Illustrated swimsuit model.

A buffet of five elegant cakes followed, each  featured puns and phrases with the word “Legend” in it like, “A Legend in the Making” and “Legendary.”

a lot goin on at surprise baby shower ? pic.twitter.com/Wg6jjsBaeh

Teigen, who conceived her daughter through in vitro fertilization, decided to try IVF again for the couple’s second child. “You do the whole process again to try to get as many embryos and eggs as possible,” the mother-to-be told People back in February. “Everyone is freezing everything, and then you make the embryos out of what you freeze and try to make viable perfect embryos.”