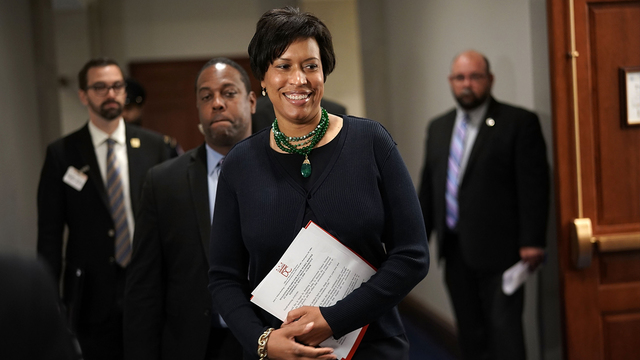 D.C. Mayor Muriel Bowser announced Monday night that she had adopted a baby, a process she said had started last year and “advanced much sooner than expected.”

The 45-year old unmarried politician stated in a release that she began he process of adopting a baby late last year, after deep thought.

“I decided to start the adoption journey, just knowing that it was a great time in my life and I had so much to share with a baby,” she said.

No further details were made available on the baby’s age, gender or name, but the mayor did add in her statement that she would be taking a week away from her daily duties  to “enjoy these precious moments with my new baby.”

She did tell a local CBS affiliate TV station WUSA9 that she is getting used to the unpredictability that is life with a baby.

“When you sit in the seat that I’m in, you’re used to being able to make things happen and babies have a way of letting you know that they’re in control,” Bowser told the starion. “I’m really just looking forward to being able to pour a lot of love and attention and affection on a baby and help the baby grow into a wonderful Washingtonian.”

Congrats to the new mom!