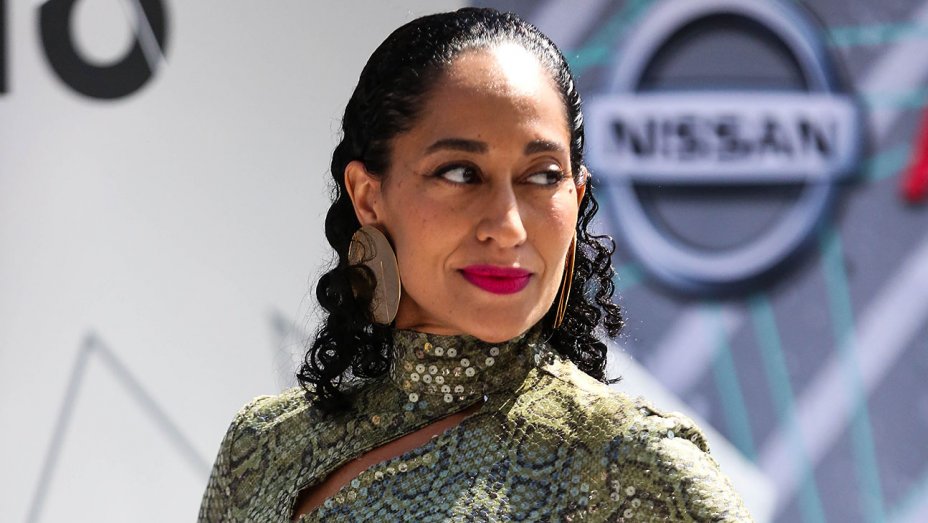 Tracee Ellis Ross is reclaiming her fertility privacy and would appreciate if people could ‘get out of her womb’. In a recent Vanity Fair  article, the actress said that the pregnancy of her character, Bow, on the hit ABC series Black-ish triggered a lot of people to inquire about her own baby-making plans.

.@TraceeEllisRoss has quietly been shaping the culture for years. Now, the rest of the world is finally catching up. Read the cover story from Vanity Fair’s Awards Extra special edition: https://t.co/6wmzcf5ona pic.twitter.com/dJKbGXUxQN

“Last year, I was [fictionally] pregnant all season,” Tracee told the magazine. “That brought on a lot of comments and questions and pontifications from people with no invitation…I literally have said to people, for real, no joke, ‘Why don’t you just get out of my womb? Like, get out of my uterus? What are you doing in there? And why are you asking those questions? And what makes you think you can ask that?’”

Per Essence, Ross called the unsolicited inquisitiveness by complete strangers an extension of patriarchy, which dictates women live their lives according to a certain set of rules that typically includes marriage and motherhood.

“Part of what patriarchy has created for women is this siloed-off experience, with one answer for what a good life looks like,” she said.

This isn’t the first time Ross addressed the issue of living life on her own terms. During her speech at Glamour‘s 2017 Women of the Year Summit, Ross said that while she’s built a life she’s proud of, people often tell her that she can still be a mom so her life will be meaningful.

“I have built an incredible life. I have become a woman that I am proud to be. And then someone tells me about their friend who adopted a child at 52 and how ‘it’s never too late for your life to have meaning,’ and my worth gets diminished as I am reminded that I have ‘failed’ on the marriage and carriage counts,” Ross said.