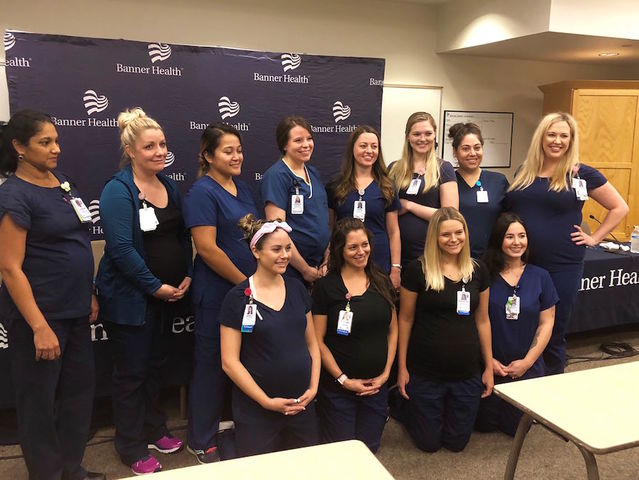 Pregnancy might just be catching at a Banner hospital in Mesa, Arizona, where 16 nurses are expecting at once.

That’s 10% of the nursing staff in the intensive care unit, and patients have started to notice the high pregnancy rate, the nurses said.

At a news conference, the women joked that there must be something in the water, or that maybe it was a joint plan for Christmas holidays off. The group’s first birth is expected in September and the last in January.

Rochelle Sherman, who is just over a month away from giving birth, said: “I don’t think we realised just how many of us were pregnant until we started a Facebook group

“It’s like we had some kind of pact going on.”

Her colleague Jolene Garrow thanked colleagues who have stepped in to do jobs pregnant women cannot do – such as dealing with contagious illnesses like tuberculosis pand shingles, or performing some treatments for cancer patients.

The staff will throw a joint baby shower for all the women next week, before they start going on their 12 weeks of maternity leave.