A woman is being accused of faking a pregnancy after a months-long adoption arrangement, landing herself at the center of an investigation by a Virginia Commonwealth Attorney.

A couple from Lake Forest, California said they traveled across the country to adopt a baby, allegedly being carried by a Scott County, Virginia woman.

News Channel 11 has decided not to name this woman because she’s yet to be charged.

Laura and Matt Trayte said they initially came into contact with the woman in September of 2018, when they said she told them she was five months pregnant.

Laura said she didn’t ask for any money and, after having tried multiple expensive in vitro procedures, this was part of what made the woman seem like a perfect match for the couple.

From that point on, Laura said she talked to the woman every single day, exchanging thousands of texts over several months and talking on the phone for hours.

“She was going to be a part of our life for the future and the baby’s future,” said Matt.

The couple even came to visit the woman ahead of the expected birth date. They met with a lawyer to sign over the right to make medical decisions. They said they took professional photos, at the woman’s request, to be used for a social media announcement about the adoption.

“It was so exciting for me because a dream that I had been working on for ten years seemed like it was finally going to happen,” said Laura.

Not long after that, the woman started reporting complications, according to the Traytes.

“She told us so many times that she wanted us out there as soon as possible because she felt like the baby was going to come early,” said Matt.

The couple, both school teachers, scrambled to make arrangements to fly to the Tri-Cities for a second time.

On Thursday, November 29th the woman texted Laura, saying she was in labor and en route to the hospital. She told Laura there was blood all over her Jeep and that the baby was crowning.

The woman said she was being transported to Holston Valley Medical Center‘s NICU. Then, moments later, she said the baby had been born. “That she was small but perfect and we were just overjoyed in the car, crying and happy,” Laura recalled.

The couple rushed to the hospital with their son, who was elated to meet his new baby sister. The couple planned to name her Noella.

But when they arrived, the woman and the baby weren’t there. The Traytes said the woman was checked into the hospital for back pain and claimed to nurses she didn’t know them.

“She just sat there and stared at me with this blank stare, like no remorse,” said Laura.

The couple said it was a traumatic experience, especially for their son, who had come to know the woman and even some members of her family.

Later, the woman attempted to explain. She said she had a miscarriage two weeks before and didn’t know how to tell the Traytes.

Yet on Facebook, the woman said she lost the baby at 13 weeks.

“She had said if you would like I would send you pictures of the death certificate and also of the dead body,” said Laura.

“Which we thought was absolutely horrifying and at this point we didn’t really believe anything that was coming out of her,” Matt continued.

Now, the Traytes are seeking justice.

A special prosecutor has been appointed to investigate whether emotional trauma can be considered a crime. 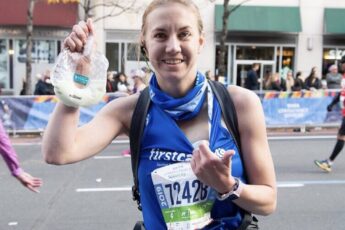