Raising a kid is never easy; coping as a single mom is even harder. Looking after a kid alone without support can be emotionally exhausting, and single mothers are often overwhelmed by daily stressors, some to the extent of resenting their child. Parenting for single moms comes with a set of emotional challenges that can take a toll on their mental wellbeing. If left unattended, these issues could drive someone to depression, PTSD or anxiety disorders. Here are eight challenges single moms face and how to handle them.

When a father is not involved in bringing up a child, the mother is compelled to be a superwoman. After a long day at work, she is confronted by a pile of mommy duties at home, leaving little to no time for self-care. This implies that a spa day in a month is a pipe dream and fixing exercise time in her schedule is nearly impossible. In such circumstances, it would help to fix some me-time in the busy schedule forcefully; an hour a week is sufficient. During this time, a mom could write a journal or take a walk in a bid to reconnect with whom they were before they became parents.

Dealing with separation or divorce is stressful enough without having to handle constant conflicts with the child’s father. Constant confrontations with an ex-lover are extremely unhealthy, and it could ultimately erode a mother’s mental health. Such conflicts are brought about by sensitive matters like finances and parenting methods. It’s not unusual to find a single mom facing constant manipulation and bullying from her ex, not to mention a violation of the divorce agreement. This includes withholding child support. Such challenges can be overcome through positive thinking. For instance, the mother can choose to view the father’s input in the child’s upbringing as useful ideas rather than fight triggers.

Economic hardships and poverty can easily trigger stress and anxiety. As a consequence of loss of a partner or divorce, single moms often find themselves economically vulnerable. Even when working full time, minimum wages and multiple bills leave them below poverty levels. The ultimate solution to this challenge is living within one’s means. A mom should constantly remind herself that her priority is purchasing necessities like food. She ought to create a budget for the entire month, which will allow her to keep track of her income and spending. Also, exercising regularly will go a long way in making her feel less stressed.

A single mom is often plagued with multiple responsibilities, including housekeeping, laundry, studying and night shifts, which undermine her chances to get sufficient sleep. Despite their responsibilities in providing the necessities for their children, sleep time should never be compromised. Lack of enough sleep has seen many people dozing off at work, not to mention poor job presentation, lowered quality life, and emotional distress. Stress is a major cause of sleeplessness at night, which is where essential oils come in handy. Moms can use a device to disperse essences like lavender in the bedroom, which boasts fundamental relaxing effects for both the body and mind.

In modern society, the rate of domestic abuse and violence has reached insufferable levels.  A big number of moms are forced to leave their abusive marriage, and while this gives them peace, psychological trauma remains. The worst part is that most victims have no one to turn to; some have no idea where to start when looking for help. Without resources and support, a big number of single moms end up carrying a heavy emotional burden, which ultimately causes depression and post-traumatic stress disorder among other mental health challenges. It, therefore, helps to consult with a psychiatrist or join a support group after a breakup, which is especially true if the reasons for separation or divorce were violence related.

Poor judgments towards a single mother is not a strange phenomenon. This often emanates from fellow parents in a stable relationship, coworkers or even the child’s teacher. The daily assault in the form of negative comments and assumptions regarding their moral character and parenting skills is unfair and demoralizing. For those facing this challenge, they should connect with other single moms on social platforms in addition to practicing self-care.

This often occurs when the kids are away with the other parent. Getting used to the idea of being without the kids for a day or two is often a daunting task. Most single moms have experienced extreme emptiness like the air has been sucked out of the home when the children go visiting their dad for an entire weekend. The best solution for this situation is planning out the free time; a mom shouldn’t give herself a chance to get bored. She could, for instance, schedule night outs with friends singing karaoke or even go to dinner with a boyfriend.

When a woman converts to single motherhood whether by choice or due to other compelling circumstances, her close friends and family might drift away. Her friends may find it hard adjusting to the reality of her new status, feel awkward and terminate the friendship. Others might choose the ex-husband’s side, which could serve a blow to her self-esteem.

Once a single mom is excluded from the community in which she previously thrived so well, she may end up feeling hopeless and alienated. The best thing to do when the old friends leave is to reach out for new ones. This includes joining book clubs, single mom support groups and church fellowships among other activities.

Single motherhood will often trigger a set of challenges that detrimentally affect one’s mental health. For a single mom, each day comes with multiple responsibilities and stressors, and finding consistent emotional support is not always easy. Even those whose family members are willing to offer a helping hand will often find such assistance inadequate. From dealing with baby daddy drama to handling financial insecurities, single moms don’t seem to catch a break.

Every single mom should be comforted by the fact that countless other mothers are grappling with the same issues. Thus they should not shy from seeking professional help. It’s also imperative to surround oneself with compassionate friends, family members and support groups in a bid to get creative solutions to everyday challenges. From the overwhelming responsibilities coupled with the stressors these mothers face on a daily basis, it’s evident that single moms are the modern day superheroes. 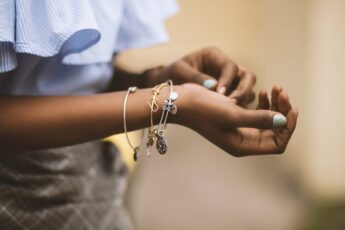