First-time mom-to-be Krysten Ritter showed off her baby bump at the premiere of the third and last season of her Netflix Marvel show Jessica Jones in a fire engine red bump-hugging Rodarte dress.

“This super pregnant superhero had lots of fun at the #jessicajones season 3 premiere celebrating the final 13 episodes!” the actress captioned an Instagram post about the event celebrating the season.

Ritter announced her pregnancy during the 91st annual Academy Awards back in February.

This will be her first child with boyfriend of 5 years Adam Granduciel of the band The War on Drugs.

Though Netflix canceled Jessica Jones, a Marvel series about a super strong private detective, Hulu’s senior vice president of originals Craig Erwich told The Wrap that the streaming service may revive the series, along with Iron Fist, Luke Cage, The Punisher, Jessica Jones, and Daredevil. 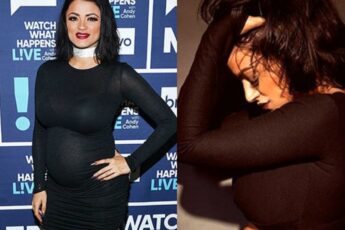