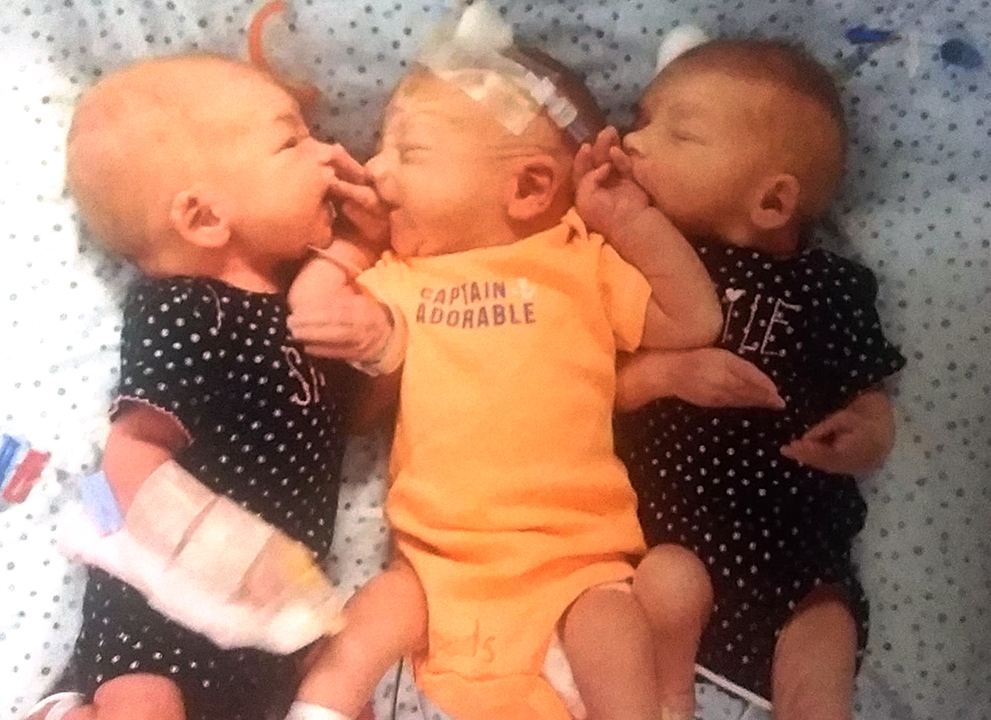 A South Dakota woman started feeling pains in her back last Saturday, suspected it was kidney stones which she has had before, went to the hospital and delivered surprise triplets!

Danielle Glitz shared her story on a Facebook Fundraising Campaign organized by her friend who wanted Glitz and her husband to get essentials for the small family they had not expected.

I “went to urgent care thinking I’m going to have to have surgery to break the stones up,” Danielle shared.  “Well, dr comes back in after doing a urine sample and said ur pregnant….so they got the portable heart moniter they use and did a ultrasound and said theres possible twins.”

Two hours later, the docs confirmed it was twins indeed and then that Danielle was experiencing contractions and was 4 cm dilated, but by the end of the night, she had an emergency C-Section and welcomed two girls and a boy.

She named them, Nikki Marie, Blake Jackson and Gypsy Zada.

According to KSFY, Dannette Giltz was in shock when doctors told her she was about to give birth to three new babies that ended up all being born within four minutes, each weighing at about four pounds, on Aug. 10.

“You don’t ever see triplets being conceived naturally, let alone going 34 weeks without knowing. So, everyone’s like I can’t believe it. We’re still in shock, trust me,” Danielle told the station.

The family has been inundated with generous donations since the news.