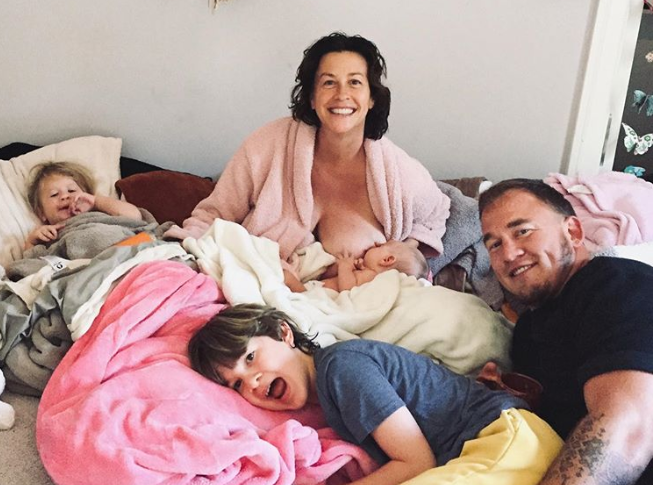 Postnatal depression affects more than one in every 10 women within a year of giving birth,  and Alanis Morissette knows it well because she dealt with it after giving birth to each of her children.

The You Outta Know singer opened up about experiencing PPD in her blog after giving birth to her third child, son Winter in August this year.

PPD symptoms can include a persistent feeling of sadness, lack of enjoyment and interest, fatigue, difficulty bonding with your baby and lack of concentration.

“I have been here before. I know there is another side. And the other side is greater than my PPD-riddled-temporarily-adjusted-brain could have ever imagined: as a mum. As an artist. As a friend. As a collaborator. As a leader. As a boss. As an activist,” Morissette wrote.

“I saw how things got richer after I came through it the last two times. I have my eye on that prize again… even as I drag my ass through the molasses.”

The Jagged Little Pill recording artist added that she has “so much more support” the third time around, explaining that she prepared “as much as she could beforehand” for the eventuality of suffering from PPD.

“Some parts of the care-prep have been a godsend, and well-planned. But for all of this preparation – PPD is still a sneaky monkey with a machete – working its way through my psyche and body and days and thoughts and bloodwork levels,” Morissette said.

In her opinion, Morisette said she did not think our culture is  “set up to honor women properly after birth” but acknowledges that there has been improvement.

“I see it changing, which is so heartening… but the general way is bereft of the honoring and tenderness and attunement and village-ness that postpartum deeply warrants,” she said.

“This is where the fabric of our culture, of our world, is crafted. On physical, emotional, neurobiological, chemical, spiritual, mental, existential, practical levels. Wouldn’t it be cool if we treated all postpartum mums and families with this awareness and hon our[?]”

Morissette finished her essay declaring that “We’re not alone.”

Morissette gave birth to her first child with rapper Mario “Souleye” Treadway in 2010, son Ever.

Their second child, a daughter called Onyx, was born in June 2016.