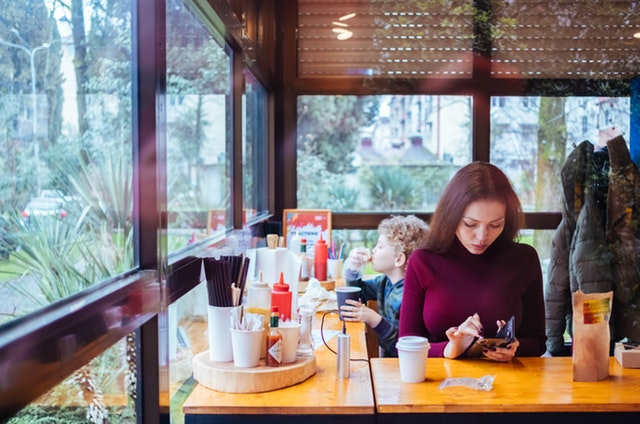 There is no doubt that smartphones are impacting the way we all communicate with one another on an interpersonal level, even parents with their children.

The average smartphone owner unlocks their phone 150 times a day.

We laugh roughly 15 times a day, yet check our phones ten times more than that. Smartphones have become a permanent factor in our daily lives in the last decade.

In a recent OnePoll report on behalf of The Genius of Play, half of the parents surveyed admitted that their children had asked them to put their phones away.

Of course, that request is easier said than done because 69 percent of the parents surveyed said they actually feel “addicted’ to their phones while at the same recognizing it is a problem among their offsprings. Seventy four percent queried said they worry their child spends too much time staring at a screen leading 65 percent to reveal that they have limits on their child’s screen time — usually about two hours per day.

But why did they give then phones in the first place? Besides the fact that every major mobile phone companies offer generous family plans, according to those responding, they succumbed to the pressure to give their children a phone for education, entertainment, discipline and child rearing.

Respondents indicated they use phones to keep a child occupied (58 percent), to reward for good behavior (53 percent) and to helping a child calm down (52 percent).

Author Denise D’Angelo Roland wrote “Please, Look Up at Me“, to stress the importance of spending time together in a digital world.

This is true for adults as well as kids. When kids ask adults to put down digital devices, they are really asking, maybe even begging for human connection – something that decreases as tablet use goes up, Roland suggests.

The research and scholarship into how mobile technology affects childhood brain development is unclear or inconsistent, but the emphasis should first be placed on real world solutions for education and distraction, the author suggests.

“Our kids are born into the world with a natural desire for love, attention, belonging and nurturing,” Roland states. “They do not innately know anything about the digital world. So, when they arrive and find us distracted—what message is that sending to our babies and children? What potential ripple effect does it cause? Let’s pull the pendulum back a bit and remember the value in catching their gaze as much as we possibly can. It matters.”