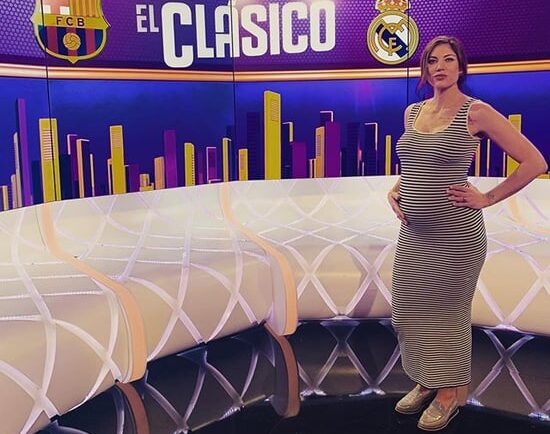 The two time Olympic gold medalist broke the news about her impending arrival during an appearance on BeIN Sports.

She shared: “My husband and I get to practice equality from the very beginning with one boy and one girl — miniature soccer team on the way.”

Solo had previously shared publicly that she and Stevens suffered a miscarriage of twins in 2018 — an episode she told Elle magazine in June almost became fatal to her and left her “hours from dying.”

Solo had one of her fallopian tubes removed due to an ectopic pregnancy.

? These east coast winters are no joke! We’re still trying to figure out the best way to keep warm

Shortly after the 2018 miscarriage, Solo told Elle magazine she started In vitro fertilization.

Solo and Stevens got married in 2012, and recently celebrated their seventh anniversary.