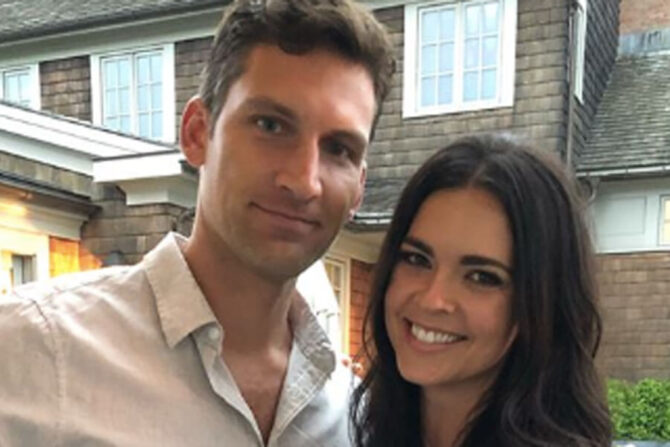 Food Network chef Katie Lee and husband Ryan Biegel are expecting their first child together after a year of infertility and struggles to conceive.

“Eating for two. Baby Biegel is on the way!” Lee captioned a photo of herself eating a bowl of spaghetti with her top rolled up to reveal a growing baby bump. She also shared an adorable video of when she surprised her cohosts on The Kitchen in a subsequently posted video.

In her shares this weekend, Lee talks about the pain from well-meaning people who constantly asked her  if she was pregnant or why she wasn’t pregnant yet. And how insensitive it was for her to have people speculate that she is pregnant each time she gained a little weight.

After hearing enough comments about her weight she “finally respondded that it’s not ok to comment on a woman’s body and you never know what someone is going through”. And although others “mean well” by asking whether you are pregnant or not, “can be hurtful”.

Eating for two ? Baby Biegel is on the way!

Lee and her husband have been married for two years but she chose to open up about her fertility struggles last year. In an Instagram post on April 2019, Lee talks about how she was naive to think she would get pregnant easily given both of them ate healthy, didn’t smoke and exercised.

“[R]eproductive health is an entirely different ballgame,” she wrote, adding that IV is an “intense process”. She also revealed at that point that after going through the entire process, they had “zero healthy embryos.” Sad.

She ended by letting all know that “[n]ot only is IVF physically exhausting, the emotional toll is unparalleled”.  It has all come to ahead now that she is finally going to be a mom!

Before I shared my baby news here yesterday, I surprised my #TheKitchen co-hosts and crew. It was so fun and touching to watch their reactions! We’ve been working together for six years now, and everyone on and off camera has become one big extended family. I could not wait to tell them! I will cherish this moment forever ❤️ @foodnetwork @bstvtalk