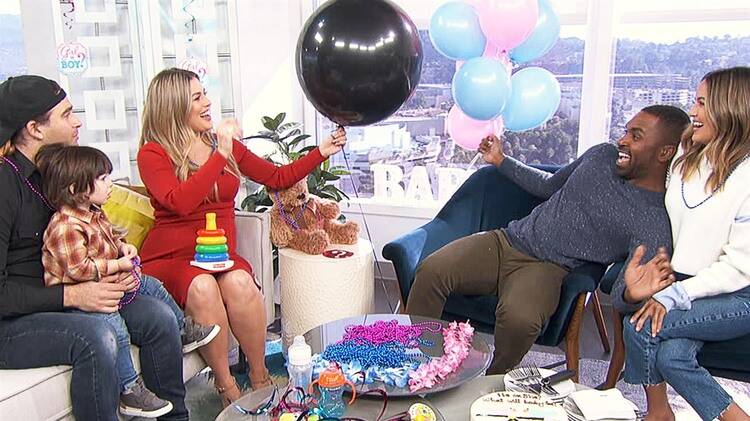 Carissa and Shanon named their bundle of joy Zoey Grace Culiner. Too cute!

Carissa tells E! exclusively, “Delivery went extremely smoothly. I even got to do the Kourtney Kardashian thing and partly pull her out of me. It was the most amazing experience! We’re back home now, and mom and Zoey are doing great. Chase is loving being a big brother so far. He thinks Zoey is just the cutest thing!”

Carissa shared some exclusive first photos (which were edited with the help of Andrea Larison with Children At Play Photography) of baby Zoey Grace and we must say she’s beyond adorable!

During the Oct. 22 episode of Daily Pop, Carissa confirmed that she was pregnant with baby no. 2. Unsurprisingly, at the time, Carissa was “very excited” by her pregnancy news as they “wanted another baby.” It was during this episode that the E! personality confirmed she was due in April 2020.

Later in 2019, Carissa was joined by her family on the daytime chat show, where they learned they were expecting a little girl.

“I am so happy!” Carissa gushed in excitement. “I wanted a girl, I just thought it was going to be a boy.”

The TV personality and her husband are also parents to their son Chase, whom they welcomed back in November 2017.

“Chase arrived last night at 9:48p – 9lbs 13oz, 23 inches and a full head of hair!” Carissa previously shared in an exclusive statement to E! News. “Both of us are doing great!”

Looks like Chase is officially a big brother now.

Congratulations to the happy parents! Scroll down to see all the precious first pics of little Zoey Grace Culiner!

reprinted with permission from E! News 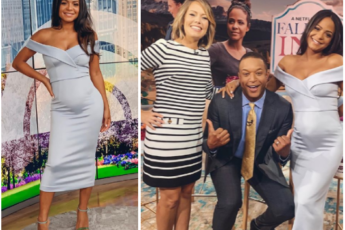