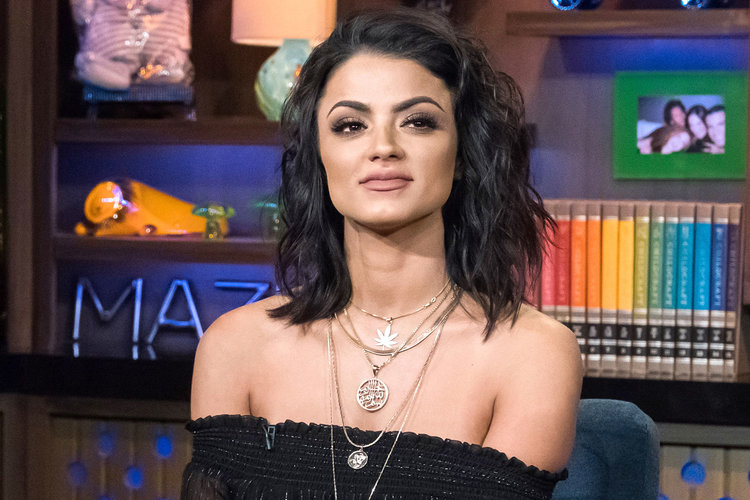 The entrepreneur and reality TV star announced the news on her Instagram page. “WELCOME TO THE WORLD ELIJAH!!! ❤4/27/20❤” she captioned a post delivery photo of herself giving her newborn skin-to-skin kangaroo love.

The rep added: “Everyone is doing great and Golnesa is beyond excited to be a mom and start this new adventure.”
The feisty petite 38-year old was very open about welcoming her first child via in vitro fertlization and a sperm donor. She has stated in that past that though having a baby solo is frowned up on in her Persian culture, she had wanted a baby all her life and was not going to let old traditions get in the way of her dream.

On the Bravo show Watch What Happens Live, the Wüsah owner and cannabis entrepreneur told host Andy Cohen that while she’s had a “great support system” of family and friends, she endure a tough road to pregnancy.

She plans to skip the husband and raise her child on her own. She’s the third cast member to be pregnant following Mercedes “MJ” Javid last Spring and Asa Soltan in July 2017.

Gharachedaghi got hitched to her on again, off again boyfriend Shalom Yeroushalmi in 2017 but the marriage lasted 7 weeks and they divorced.

The Shahs of Sunset season finale airs Friday at 9 p.m. ET/PT on Bravo.