It juxtaposed nicely with the traditional Western shot the Gabonsese beauty  took with her American husband, Fast and Furious franchise actor and rapper  Christopher “Ludacris” Bridges  and in with a floor-length lace lounge jacket, also during her final trimester of her first pregnancy.

Also, still loving the tranquil lilac nursery she decorated for their newborn daughter Cadence Gaëlle, that the philanthropist and Med-School student shared on her Instagram.

Atlanta-based photographer Donna Permell of Prime Phocus Photography did a superb job on the shoot!

It’s a girl for rapper and Fast and Furious star Chris “Ludacris” Bridges and his wife Eudoxie Agnan (Mbouguiyengue)!

The couple welcomed their first child together, Cadence Gaëlle.

The former model and med student shared the news on her Instagram page with a photo of the couple’s dog with a balloon tied around its neck that read “baby girl”. She captioned the photo, “#blessed #grateful”.

File this under missed! Happy Belated birthday to Fast and Furious actor and rapper Ludacris‘ African queen Eudoxie Agnan who celebrated her birthday back on May 13th with her hubby, her 13-year old step daughter Karma Bridges and a group of friends that included Bellyitch Bumpwatch alum, Monica Brown.
The beauty, who hails originally from Gabon, West Africa, looked gorge in a colorful Pucci-style print halter maxi dress cradling her bump.
But the 9 months preggers med student and philanthropist also comes off in pics as being so “over” being pregnant.  She can barely force a smile in her latest Instagram pics.

Like above and this one below taken a few days ago on her way to pick up her husband from somewhere.

Almost there, mama. Hold on! (smile)

This weekend, rapper Ludacris and his brand wife Eudoxie Agnan celebrated the impending birth of their first child together at a “Secret Garden” themed baby shower.
It was a celeb-studded affair as well with attendees including a couple of our Bellyitch Bumpwatch alums, singer Monica Brown and famous ex-fiance to Ne-Yo, Monyetta Shaw who stars in VH1′s Hollywood Exes. Laura Govan, star of VH1 reality TV show Basketball Wives star and former Destiny’s Child member and BET‘s Single Ladies actress LaToya Luckett were there too.

Also in attendance was Ludacris’s 13-year old daughter from a previous relationship Karma Bridges who joined in the festivities celebrating her soon-to-be-born sibling.  The Fast and Furious star is also custodial parent to 1-year old daughter Cai Bella Bridges.

Guests were treated to donuts dangling from a doughnut tree, and other exquisite treats.
Ludacris and his medical-student and philanthropist ex-model wife got hitched on Christmas Day in a surprise Engagement-turned-wedding event.
photo credit: Donna Permell of PrimePhocus, Instagram 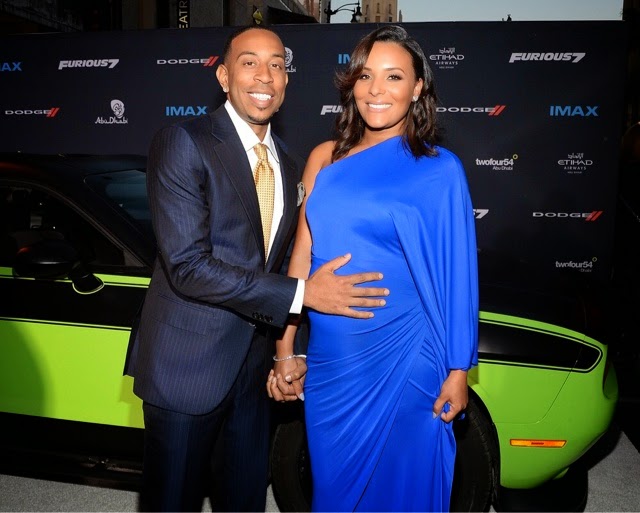 Eudoxie Mbouguiyengue Bridges looked stunning at the Wednesday, April 1 Los Angeles, California premiere of her husband Christopher “Ludacris” Bridges’ latest film Furious 7.“Great night at the #Furious7 premiere. Styled by @iseekzion, hair by @hair4kicks, makeup by @lora_arellano. Thank you all for making me feel beautiful and comfortable.” the Gabon, West Africa native captioned her Instagrammed pic from the event.This will be the third child for Ludacris, who was just granted full custody of his 15-month-old daughter Cai last winter He is also dad to 13-year-old daughter, Karma, from a previous relationship.This is the former model and current medical student’s first child.
0 comments

What’s new in the bump world, we follow some of yours and our fave expecting moms-to-be:

As many speculated and suspected, Ludacris and his new wife Eudoxie Agnan are expecting their first child together.
“Beautiful day on the beach,” is how the Gabon, West Africa native, medical student and philanthropist captioned the above Instagram photo of herself in a bikini with the rapper-actor kissing her bump.
Sources close to the couple confirmed to E! that the couple are indeed expecting though there is no source as to the date of the photo.
Ludacris, [ real name Christopher Brian Bridges] is already a dad to two daughters  including a one-year old he won exclusive custody rights to recently.

E! also reminded us that Robert Griffin III and Justin Timberlake also announced their respective wives’ pregnancies in a similar fashion. Call it a “trend.”
Not that this mode of a pregnancy announcement hasn’t been overdone by thousands of men before them and was not pioneered by either of them but yeah. (smile) 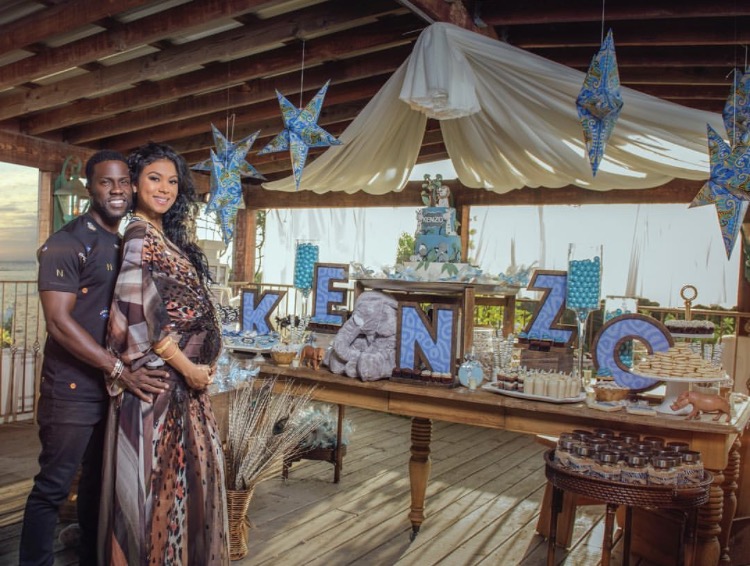 The event took place on Sunday, October 1 at the Calamigos Beach Club on the beach.

The couple used the opportunity to reveal their future son’s name : Kenzo. 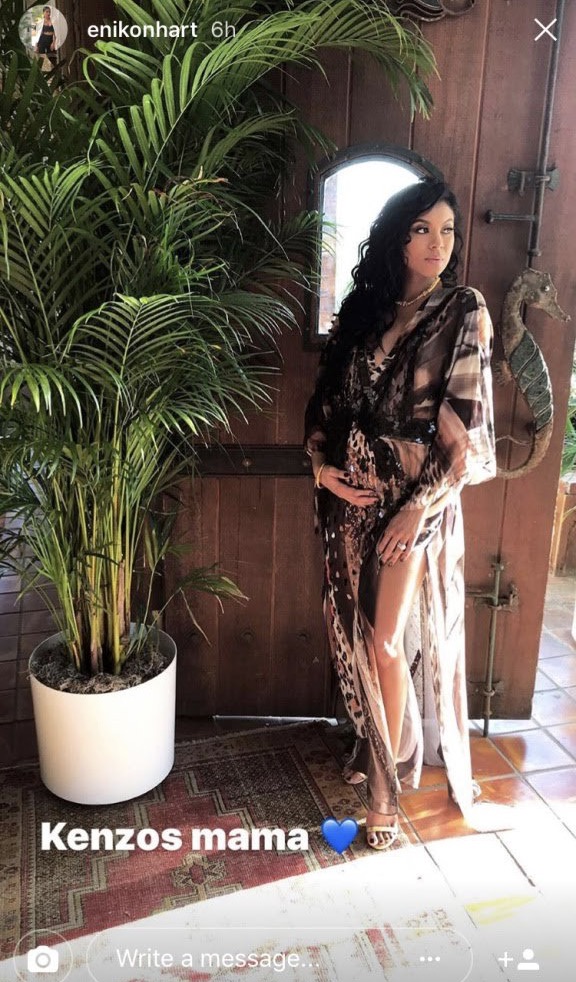 Parrish shared videos of the event on her Instagram account, and via IG Video with their own personalized event filter. 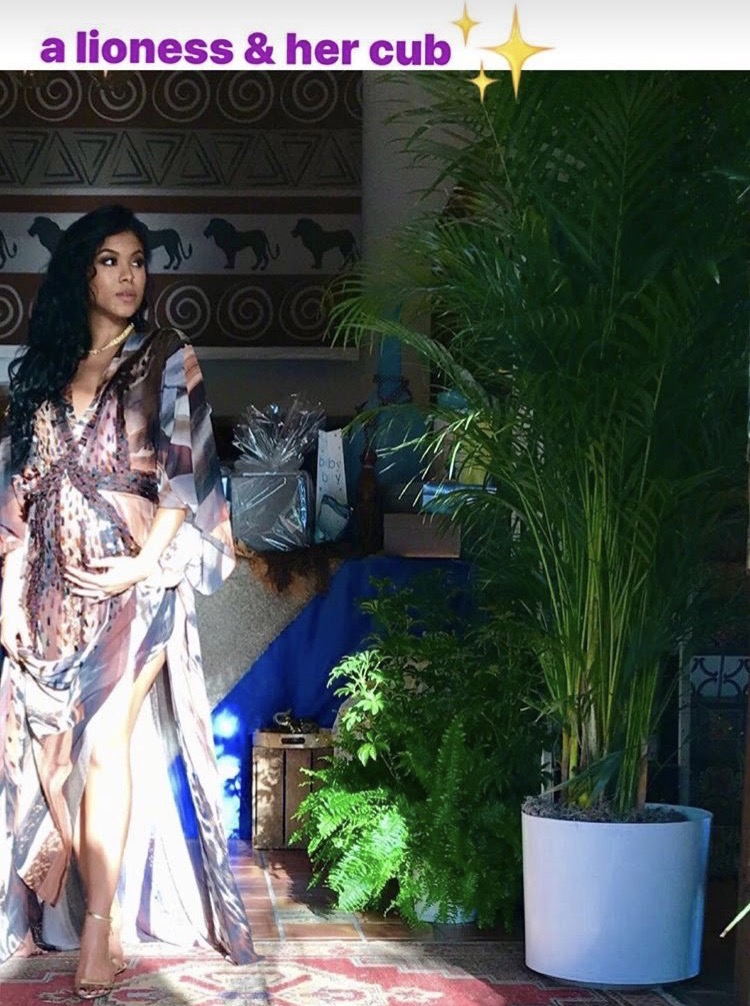 She was glowing and stunning in a flowing leopard print dress with geometric peasant sleeves and her hair in loose ringlets.

We cannot confirm the reported  $117,855 price tag for the event which included an “Experience Bar” allowing guests to sample exotic foods and dress up like tribal warriors… 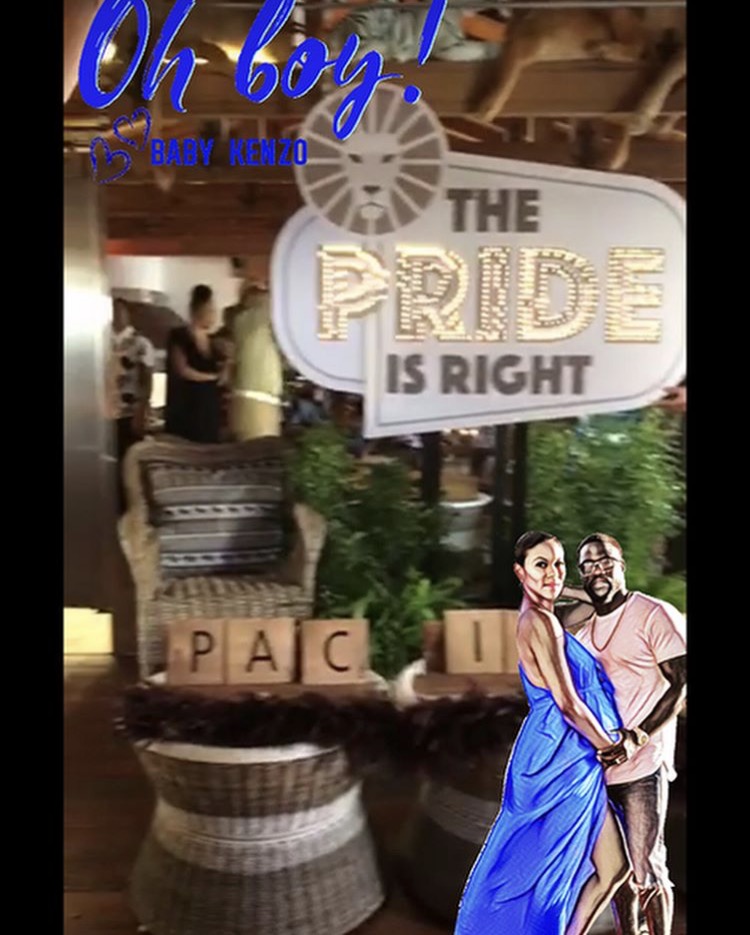 …But we did see a snap of the game “The Pride Is Right ” complete with a host where guests could win prizes as music from the Lion King musical played in the background. 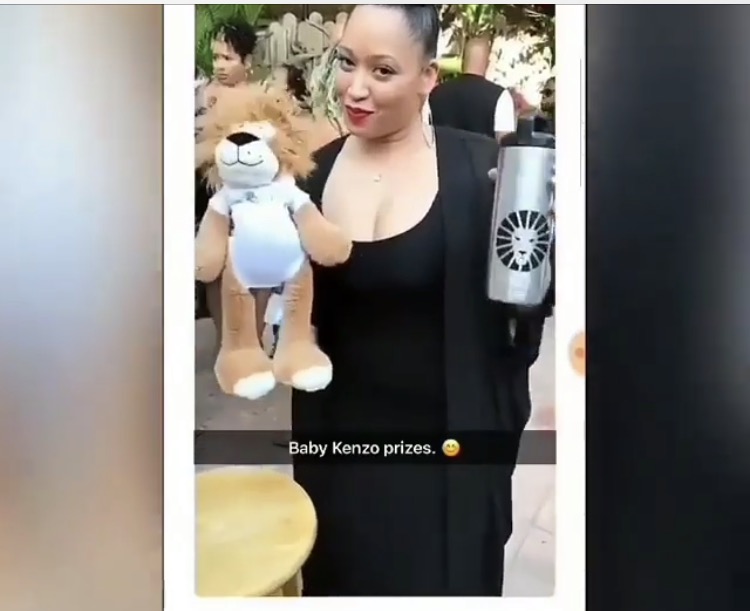 And we also noticed a photo booth was available and peeped a couple of cute Labs with the clip-on manes dressed up as Lions.  Cute! 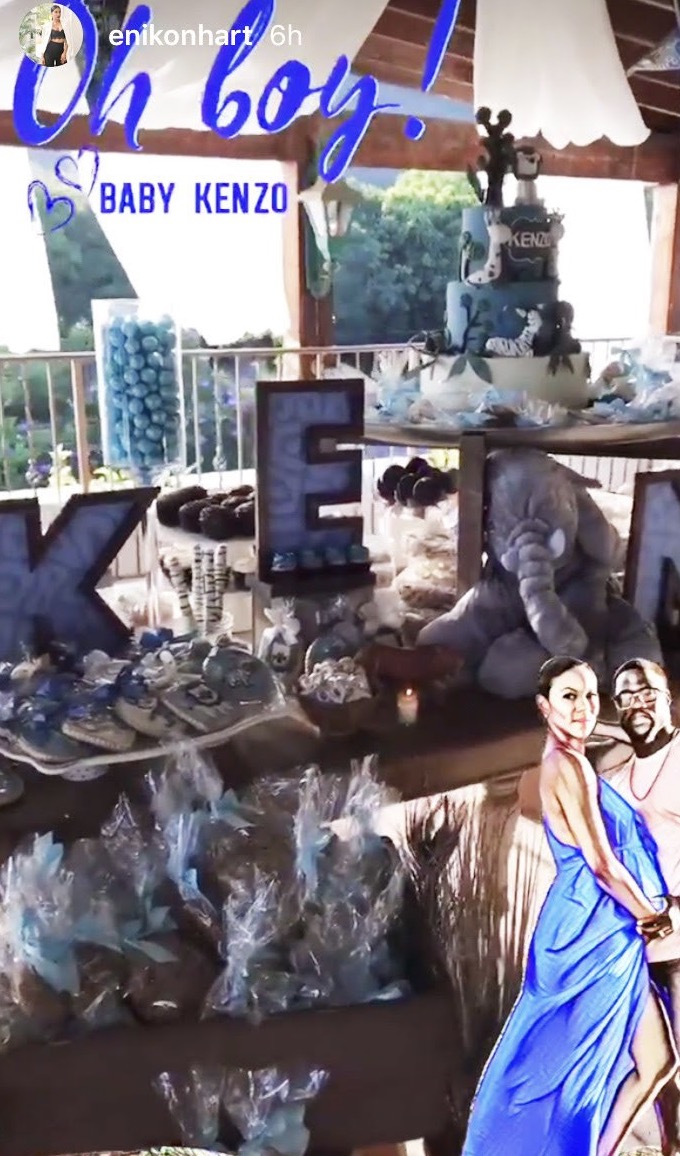 Kimora Lee Simmons’ son with ex Djimon Honsou is also named Kenzo, which is Japanese for strong and healthy. 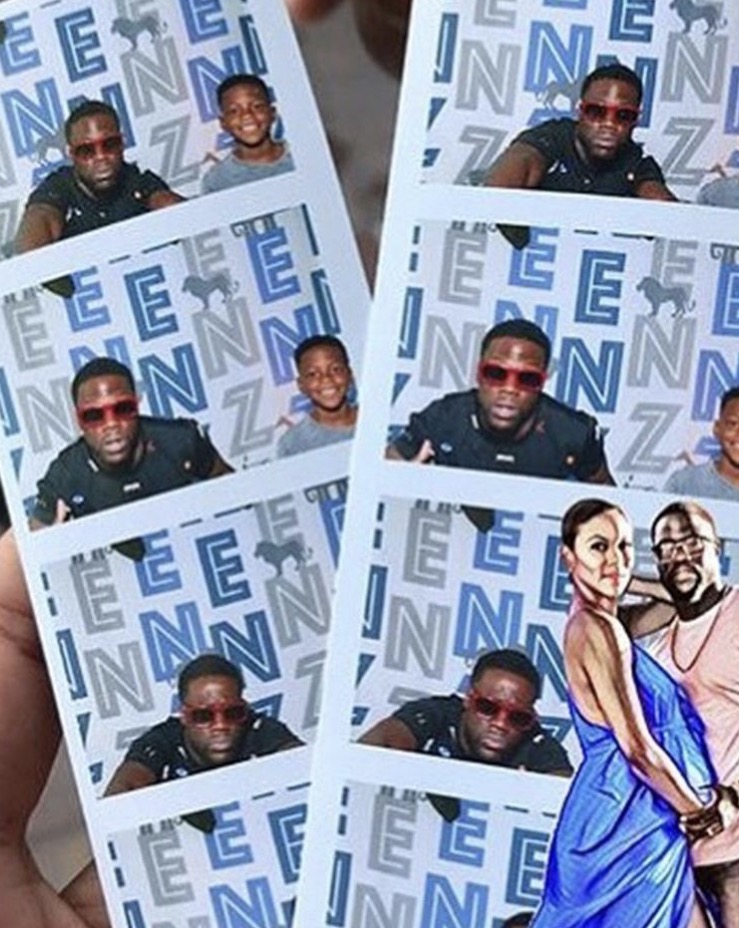 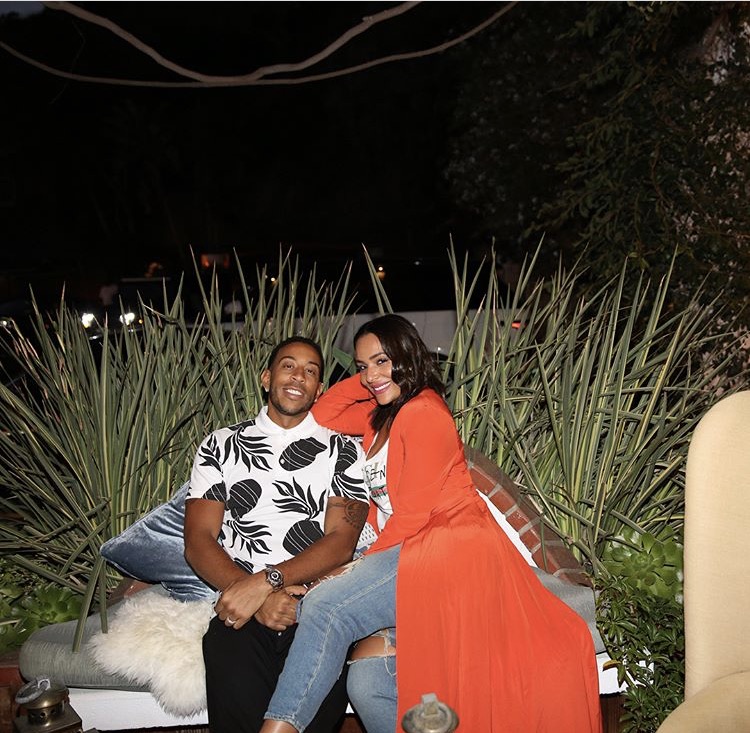 Another one of our Bellyitch Alums, Eudoxie Agnan Bridges and her rapper husband Chris “Ludacris” Bridges, their couples BFF, were there. 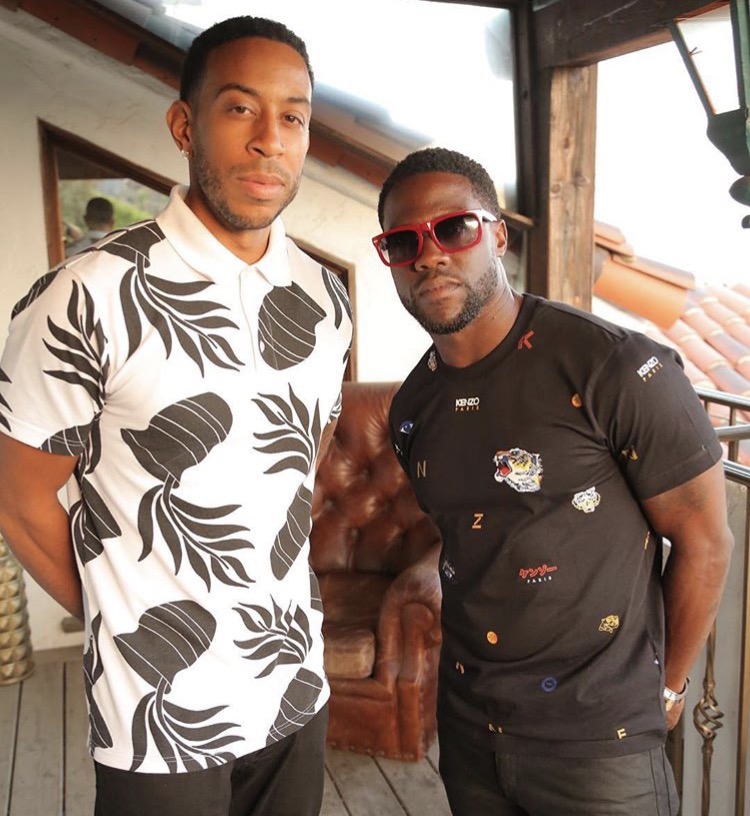 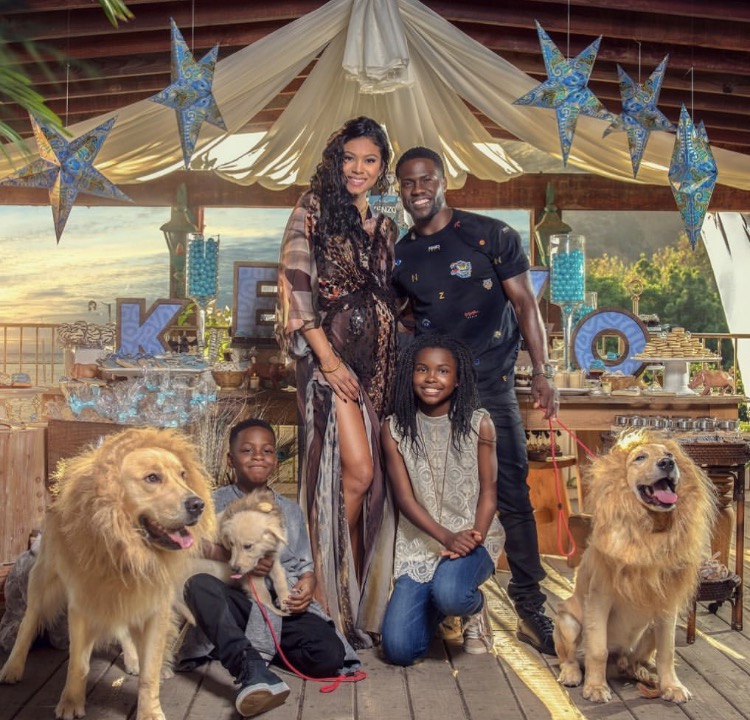 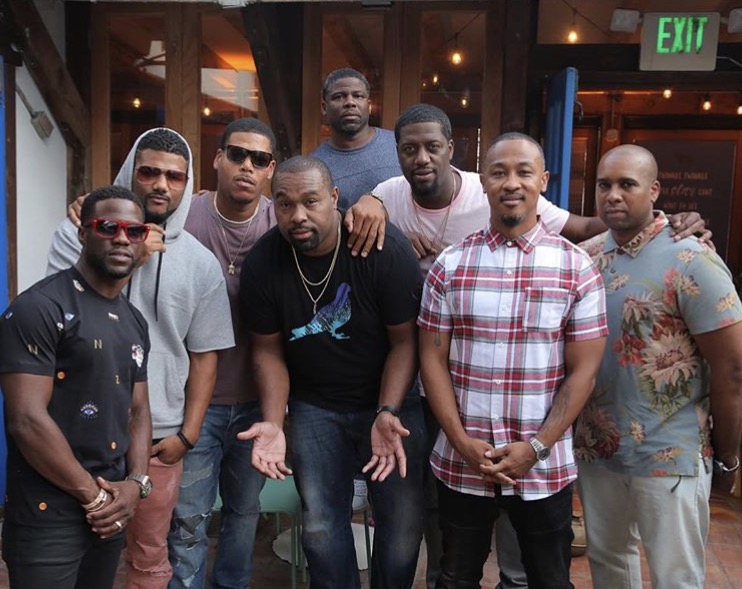 And of some of his Day1 boys. 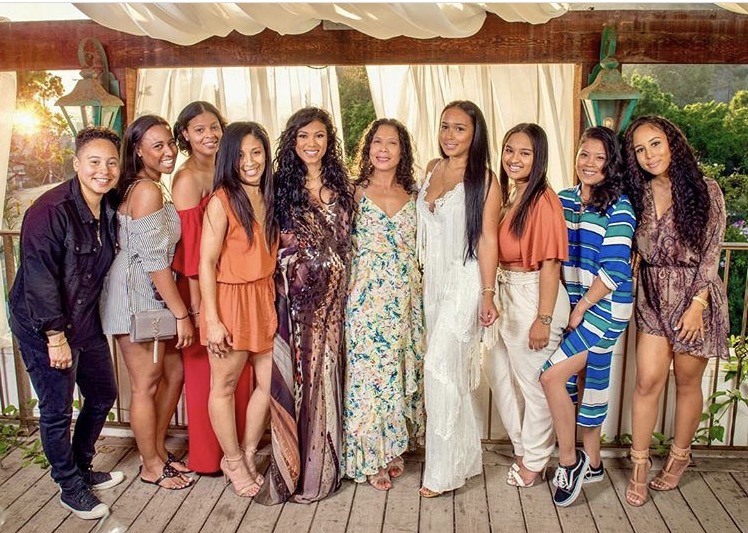 There was a group Snap of Eniko’s Jamaican cousins, which she captioned as such. 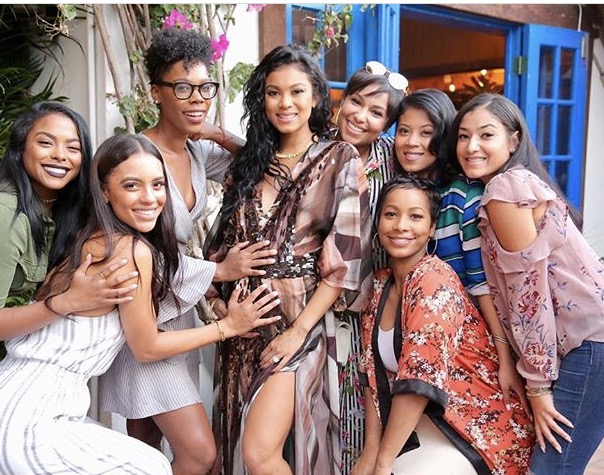 And with her girls. 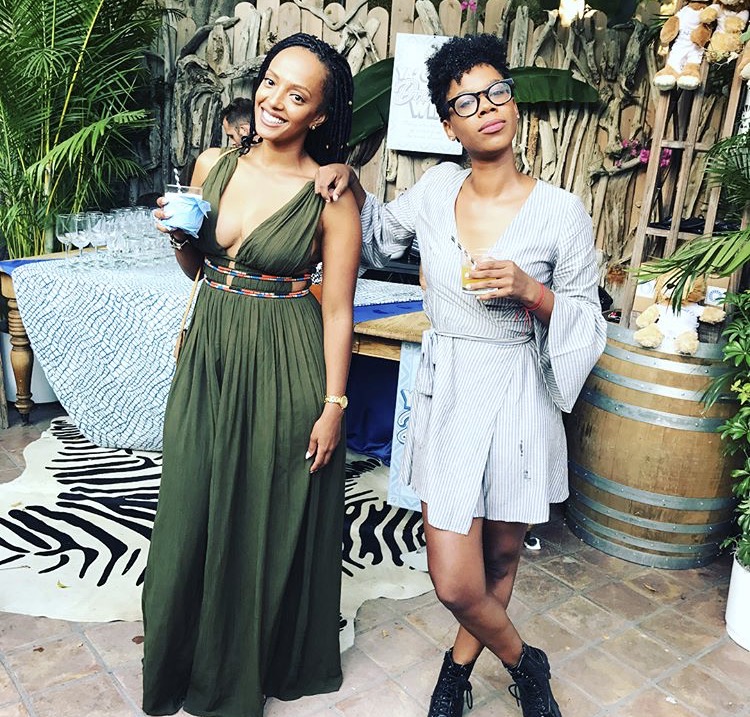 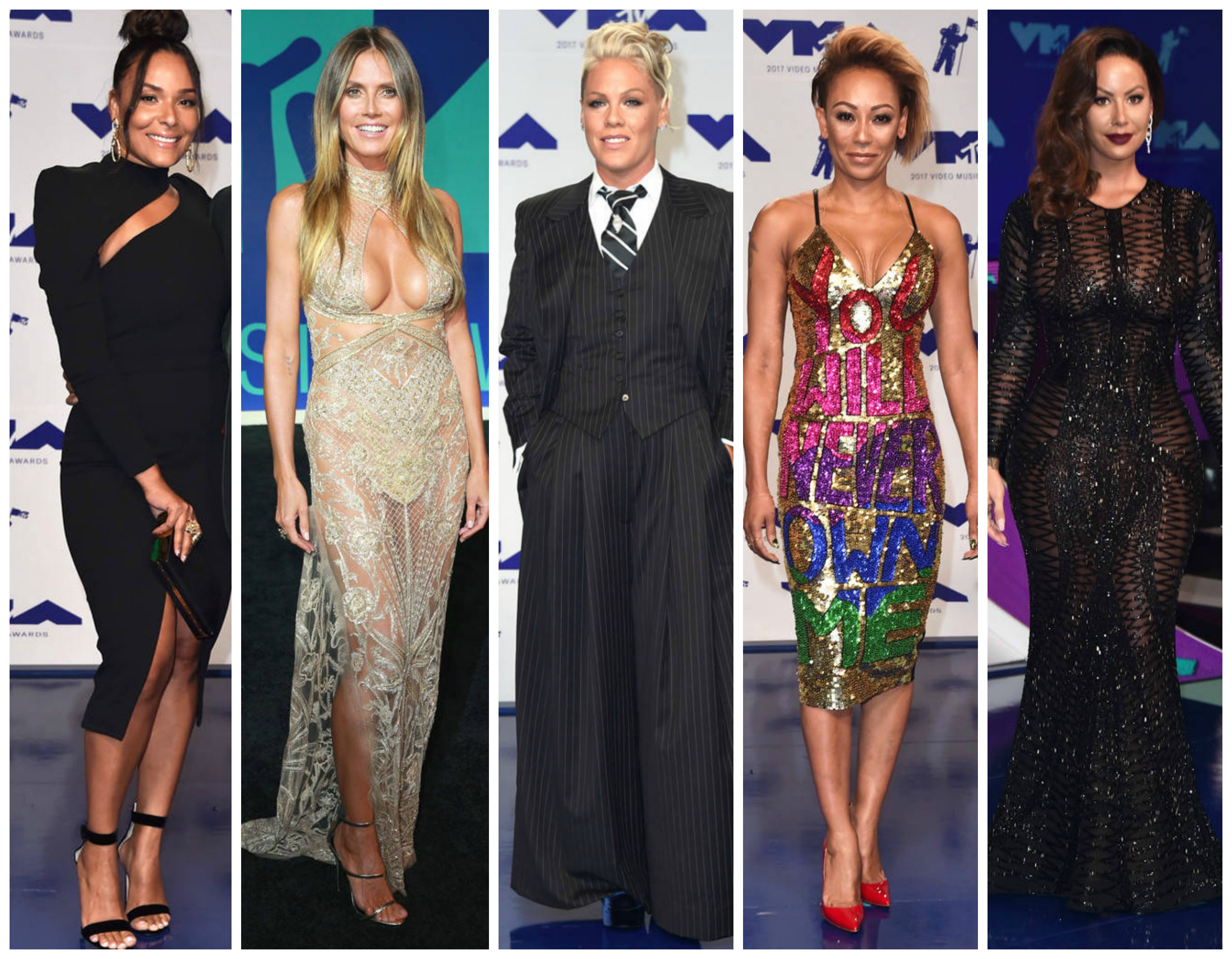 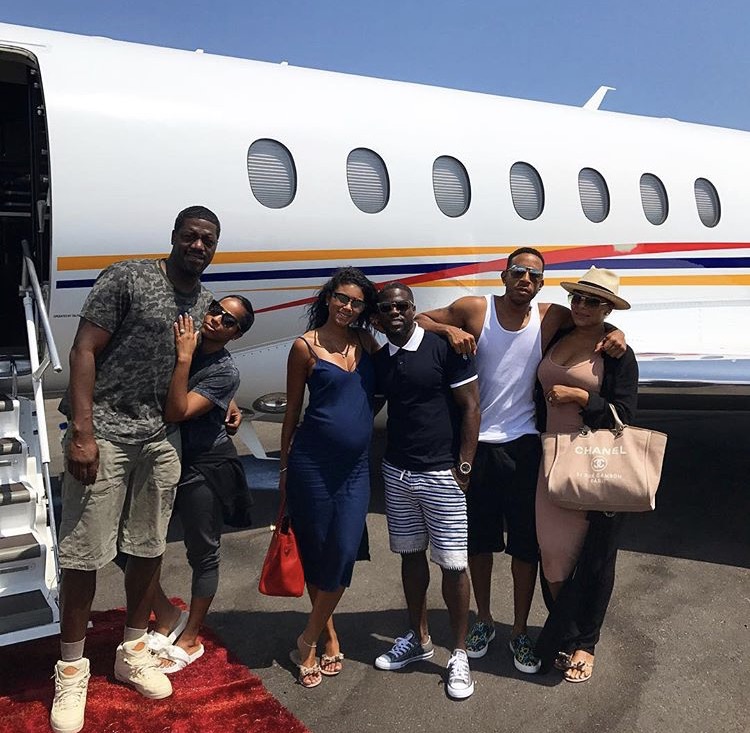 Comedian Kevin Hart told the co-hosts of ABC‘s Good Morning America that he made a deal with his wife Eniko Parrish to not help out with the baby until he turns 8-years old.

He’s a jokester so we hope he’s just kidding. ha! 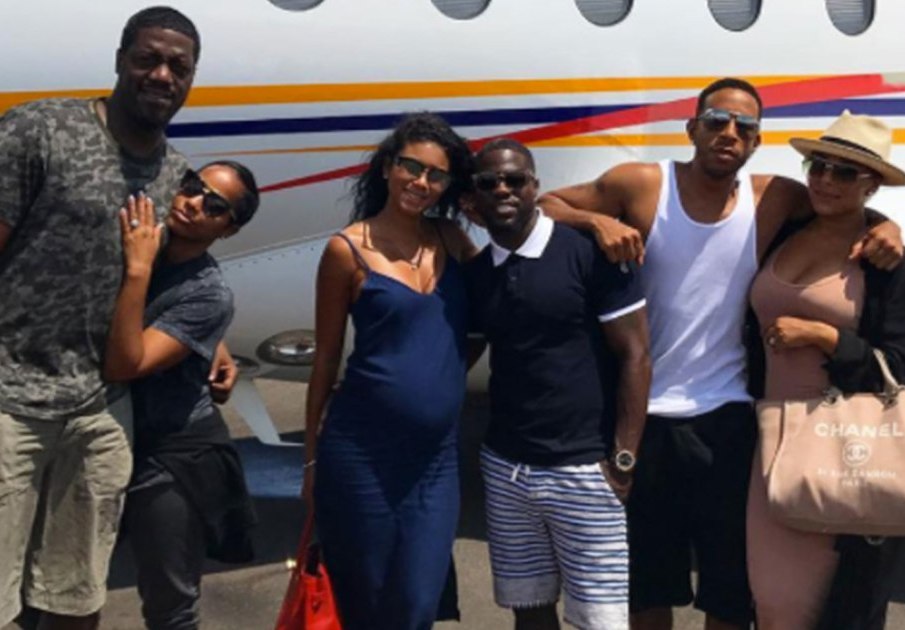 Hart and Parrish recently jetted off with two other couples including our Bellyitch Bumpwatch alum Eudoxie Mbouguiengue Agnan and  her husband rapper, actor and TV host Chris “Ludacris” Bridges, actor Spank Horton and his Make up artist wife Jenece Horton to Mexico on a jet-setting getaway!

Enjoyed our little getaway. Lots of laughs & Great convos with good people! Until next time Cabo!♥️?? ✌?

“Enjoyed our little getaway. Lots of laughs & Great convos with good people! Until next time Cabo!♥️?? ✌?” Parrish captioned one photo of the group.

Agnan shared photos on her feed as well.

We love it! Friend goals!