I was scrolling through my the feed of one of my favorite  Pinner on Pinterest and happened across Vanessa Robinson’s very eclectic and diverse collection of boards. The celebu-Pinner boasts over 29,000 followers and has this very interesting board of human beings who resemble real live dolls. With make up and seemingly perfect and proportional features, Gwen Stefani and model Jourdan Dunn, both past Bellyitch Bumpwatch alums fit squarely within the mold and collection.
Here they are with 20 other people who caught my eye with their doll-like makeup and facial features

This year’s annual gala to celebrate the opening of a new exhibit at New York City’s Metropolitan Museum of the Arts, was more over the top than ever before.

Perhaps because the theme was “Camp”, maybe, celebrities brought extra extravagance and bold and gregarious fashion and antics.

The official theme of the Met’s 2019 was “Camp: Notes on Fashion” and celebrates the newest exhibit which is inspired by Susan Sontag‘s 1964 essay that defines camp as “love of the unnatural: of artifice and exaggeration.”

I think Lady Gaga might have won with her theatrics that included he unraveling and revealing of not one but four looks by designer, with the assistance of a small army of flamboyant but meticulous handlers.

Cardi B’s presentation and actor Billy Porter’s were quite spectacular and so much so, I almost forgot previous mega head turners Rihanna, Beyoncé, Madonna and third-time mom-to-be Blake Lively were conspicuously missing.

My second fave was Lupita Nyong’o who is stunning!

And of course, we saw lots of the celebrity moms we have featured on Bellyitch who each brought their total A game to the party and did it up right!

I am proud of myself for having the institution memory to have been able to recognize all of these beautiful moms without reading the caption to see who they are. Woot. 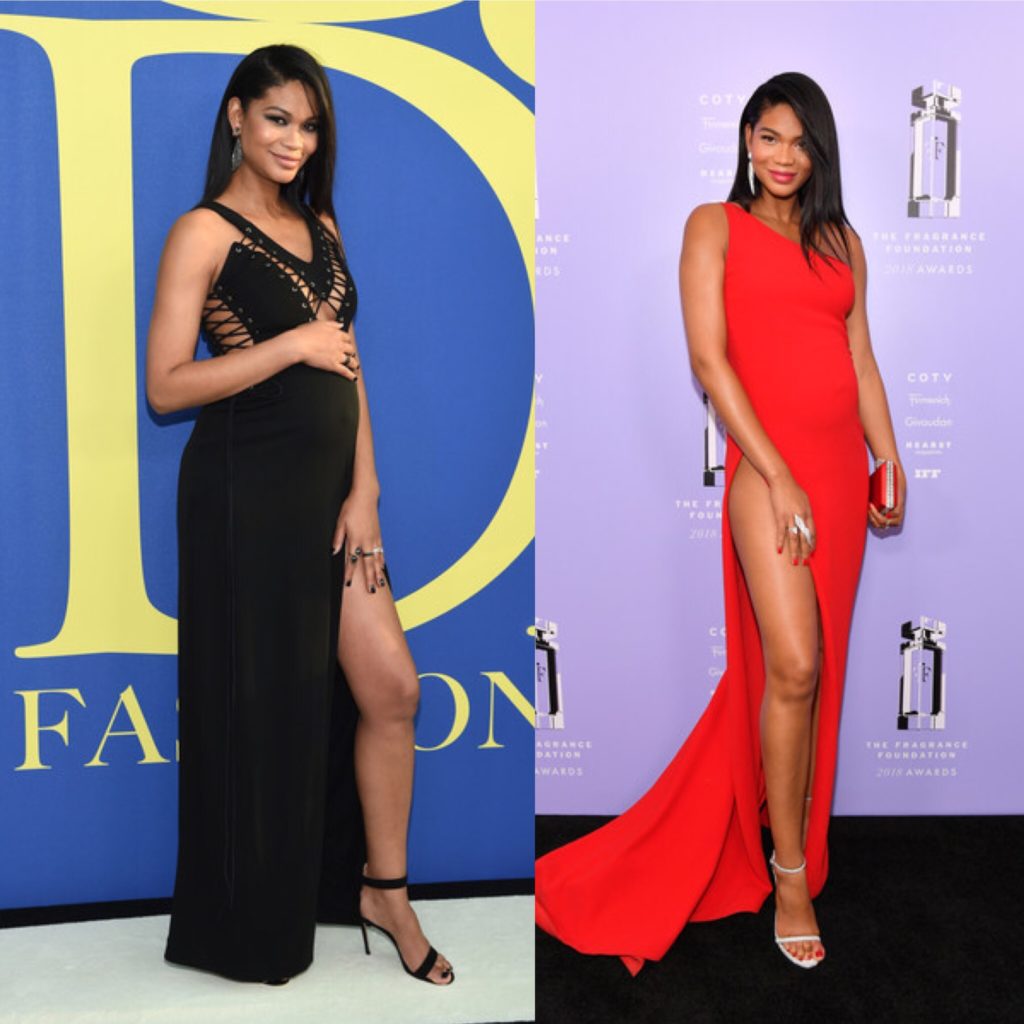 This Sunday’s 70th Annual Tony Awards was overshadowed a bit by the news of the horrific shooting inside a nightclub in Orlando Florida the night before it was held at The Beacon Theatre on June 12, 2016 in New York City. Several presenters and award recipients acknowledged the victims as did the host Late Night TV’s James Corden.

The styles on the red carpet were super glam yet not too over the top. Fitting for the somber’ish mood. We spotted our Bumpwatch alum Jane Kracowski perform a number with her co-star from the play ‘She Loves Me’. Other “Bellyitch Bumpwatch” alums attending the event that we also saw on the red carpet included singer Thalia, models Liya Kebede and Jourdan Dunn  and actresses Keri Russell and Claire Danes.

The 2016 CFDA Fashion Awards went down at the Hammerstein Ballroom this past Monday, June 6, 2016 in New York City. Several of our blog alums were present including Beyonce who took home the Fashion Icon Award. She shined in a glittery box cut pin-striped suit with a wide bring black hat.

“I want to say thank you to every designer who works tirelessly to make people think they can write their own story. Y’all are fairy godmothers, magicians, sculptors, and sometimes even our therapist,” Bey said during her speech (via Vogue). “I encourage you to not forget this power you have or to take it lightly. We have the opportunity to contribute to a society where any girl can look at a billboard or magazine cover and see her own reflection. Soul has no color, no shape, no form. Just like all of your work, it goes far beyond what the eye can see. You have the power to change perception, to inspire and empower, and to show people how to embrace their complications, and see the flaws, and the true beauty and strength that’s inside all of us. Thank you so much for this incredible award, I’ll never forget this night. God bless you all. Thank you.”

Her daughter Blue Ivy walked the red carpet for the first time with her mom and dad before the event. 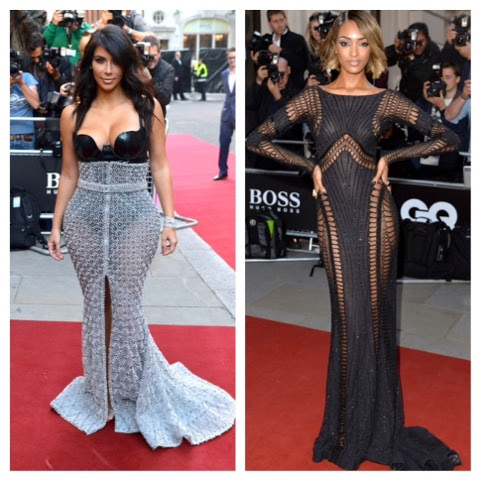 It seems as if “see-thru” was the protocol wear for many of the stars who graced the red carpet to Tuesday, September 2nd’s GQ Awards at the The Royal Opera House in London, England. 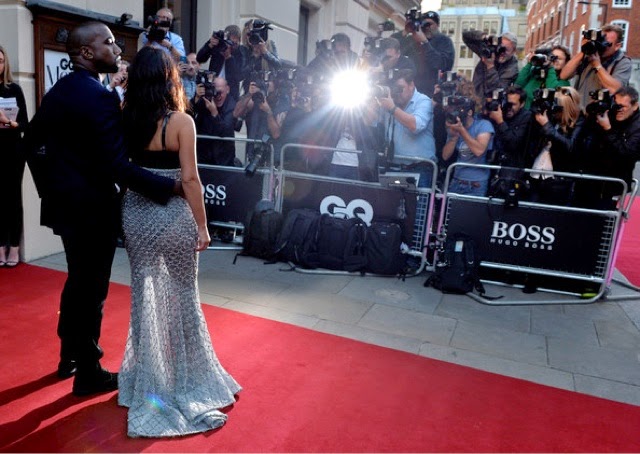 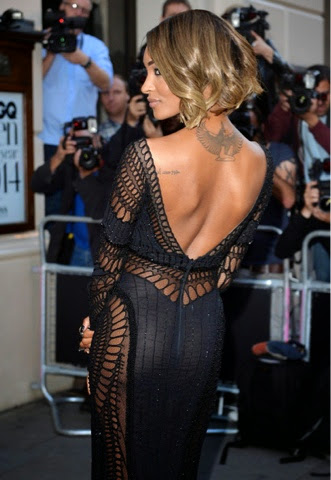 Kardashian West won the woman of the year honors and appears nude inside a special edition of the magazine out soon.
Not a mom yet but Rita Ora, Kim’s bro Rob’s ex looked amazing as well… 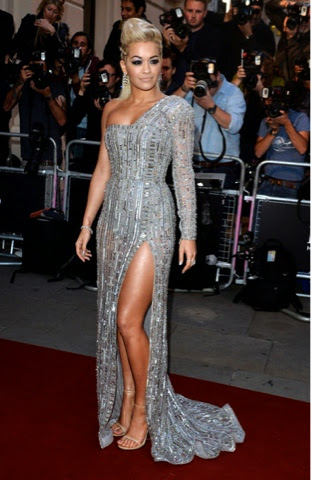 As did Nicole Scherzinerwith her beau. 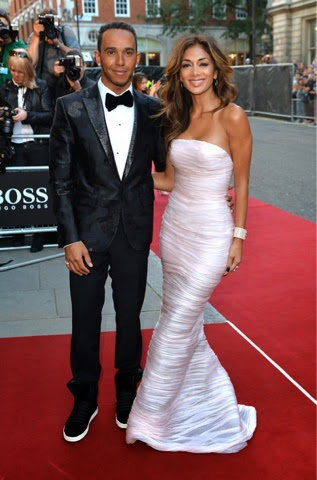 The 2014 MTV Video Music Awards are going on right now tonight at The Forum in Inglewood, California and we spotted some of our fab fantastic Bellyitch Bumpwatch moms rocking the red carpet

Queen B – Beyonce is up for several awards, the most tonight. She looked hot in black jeweled Nicolas Jebran gown, accessorized with Lorraine Schwartz jewelry, and Christian Louboutin heels.

Caliente! Jennifer Lopez is one bad mama! She was sizzling in a silver jeweled Charbel Zoe gown with several intricate cut outs. And check out that slit. The look was styled perfectly with some jeweled Jimmy Choo pumps and Norman Silverman jewels and a silver python Thalé Blanc ‘Talia Mini Fastueux’ clutch.

Gwen Stefani was very youthful in a hot pink and black pants suit from her own l.a.m.b. couture line with black pumps. Work it mama!

Kim Kardashian is giving us major face and showing off the girls again in this tri-colored beaded cape and mini dress with a plunging neckline with hawt gladiator ankle booties.

Finally, model Jourdan Dunn who we featured in 2009 when she was pregnant with her first child at age 19 looked super cute in a Balmain bandeu top and floor length skirt. Love the slick bob! 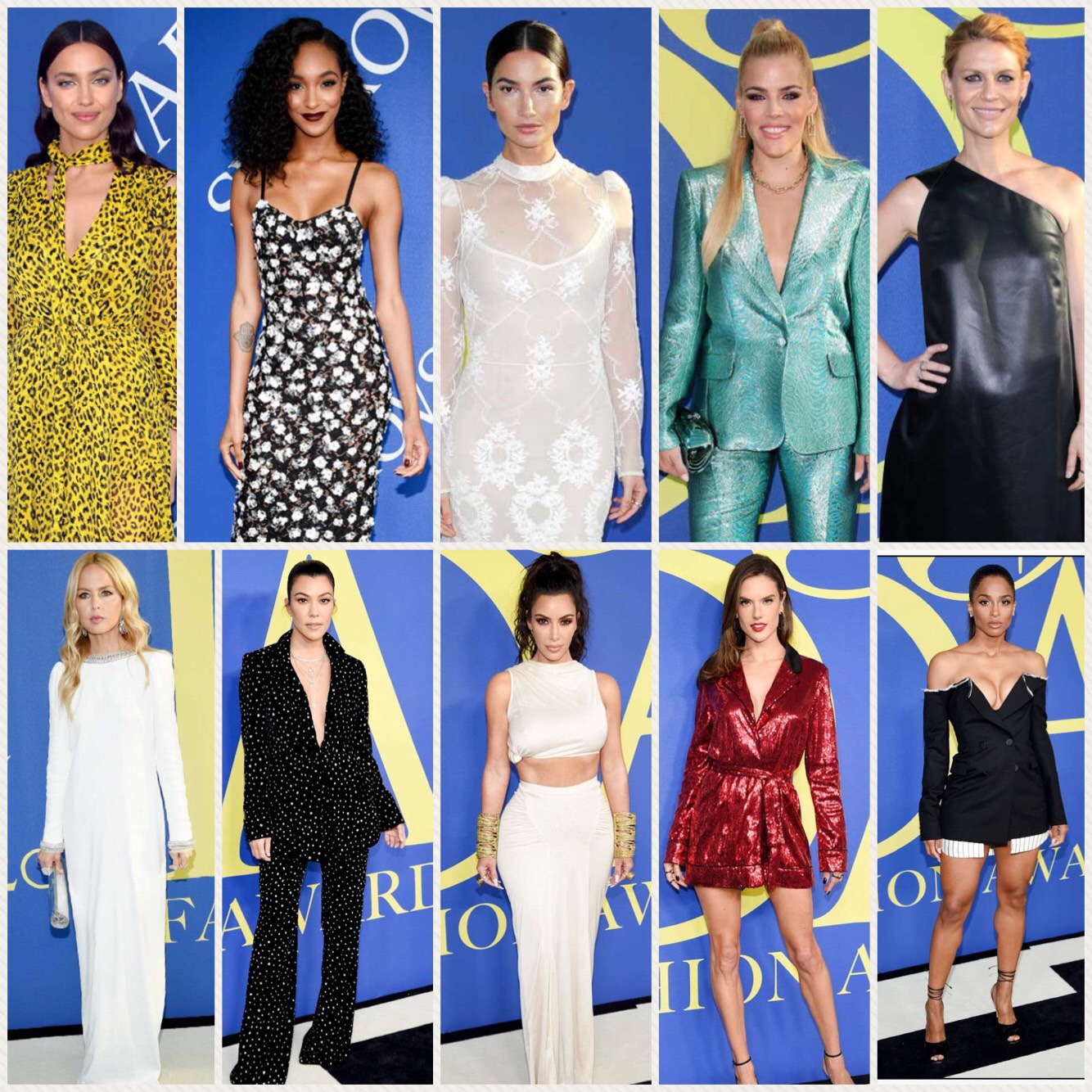 The Council of Fashion Designers of America—in partnership with Swarovski for the 17th year—(CFDA) held its annual awards last night at the Brooklyn Museum which was hosted for the first time in 10-years by a woman, Insecure star, producer and writer Issa Rae.

During the red carpet of the event, we noticed several of the celeb moms (and one mom-to-be) we have featured on the blog looking tres fashionable.