Keyshia Cole is a mom for the second time! The “Love” singer and her boyfriend Niko Khale welcomed a baby boy on August 1 at 11:11pm…the same time mom was born! Cole and Khale made the joyous announcement on Instagram, sharing precious family moments leading up to the baby’s arrival.

“My beautiful family,” Khale wrote under a family portrait of himself, Cole and her son Daniel, Jr. “Baby boy almost here! I’m nervous, excited, & impatient. We welcome him to the world TOMORROW.” The mommy-to-be looked gorgeous and ready to pop in a mint green two-piece lace set with her baby bump on full display. The fellas look dapper in all white.

R&B singer Keyshia Cole welcomed the impending arrival of her second child this past Saturday at an indoor/outdoor baby shower in Los Angeles.

Cole and her partner, aspiring rapper Niko Khale, are expecting their first child together. The new baby will join Cole’s s 10-year old son, Daniel Gibson Jr., from another relationship.

From the looks of a blue floral wall and blue balloons it appears she is expecting another baby boy.

Cole, who starred in three reality TV show on the BET Network and is currently filming a baby special, wore a white gown and a crown of blue flowers for the special occasion.

Family and vendors shared photos from the event on the Gram. The fact she tagged BET has us thinking the network was probably filming for her upcoming special as well. 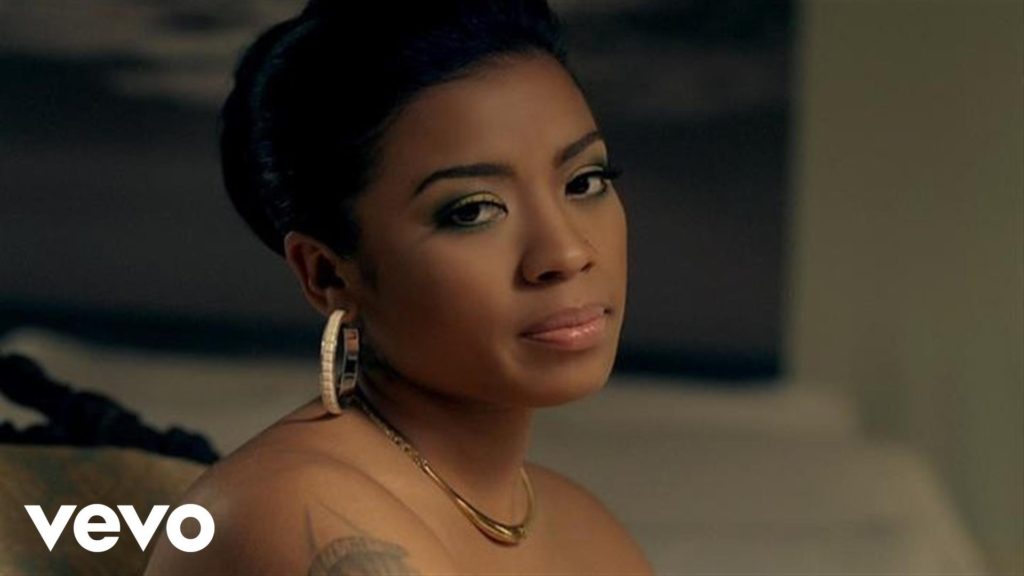 Watching our fave visual search platform, Pinterest, we noticed that baby shower themes were a trending topic, so we thought it would be fun to revisit some of our fave baby shower posts from years past.

Here are the top most searched

It’s been a busy Summer so now is no better time than to recap which celeb mama-to-be is expecting to welcome a new arrival to their family next:

R&B Singer Keyshia Cole and her boyfriend, aspiring rapper Niko Hale, are expecting their first child together. She is mom to 10-year old son Daniel Gibson, Jr. who she shares with ex husband Daniel Gibson.

Torn singer Natalie Imbruglia is expecting her first child after opting to start a family via a sperm donor and IVG.

“City Girls” Rapper Yung Mami is expecting her second child, a daughter, with boyfriend, producer Southside who is part of the production team 808 Mafia. She has a son Jai Wiggins, Jr from a previous relationship.

Model and Singer Cassie and her personal trainer boyfriend, bull rider Alex Fine are expecting their first child. Cassie dated rap and biz mogul Sean “Diddy” Combs for over a decade before their split last October.

Tiger Woods’ Ex Elin Nordgren is expecting her third child. No details as to who the dad is but she shares two children with her ex.

Model Miranda Kerr and her husband SnapChat founder CEO Evan Spiegel have a one-year-old son named Hart together and are expecting their second child together. She shares an 8-year old son Flynn with ex husband Orlando Bloom.

Actress and Model Amber Rose is expecting her second child, a son, with her her Def Jam Records exec boyfriend Alexander Edwards. Rose is already a mom to 6-year-old son Sebastian, whom she shares with an ex fiance, rapper Wiz Khalifa.

‘Pretty Little Liars” Actress Shay Mitchell is expecting her first child with her boyfriend Matt months after sharing that she had a miscarriage.

Orange is the New Black’s Danielle Brooks is also expecting her first child with her boyfriend who she has never divulged publicly but who she has featured on her social media and calls “D.””

The 2017 BET Awards went down at the Microsoft Theater in Los Angeles, California. I confess that I only got a chance to catch the end as I was heading to the beach to celebrate my eldest kid’s birthday and didn’t settle in to our suite until the show was well into its fourth and final hour! But I must say, that I thorougly enjoyed the singing chops of our Bellyitch Bumpwatch alum Tamar Braxton who did an excellent job performing her new song, “My Man” on stage.

Sadly, I missed a couple of our other bumpwatch alums, Kandi Buruss and Tameka “Tiny” Harris perform with their 1990s R&B girl group, Xscape.

The duo joined fellow members LaTocha Scott and Tamika Scott in a medley of their hits on stage since breaking up as a group 18 years ago. It was the first of two explosive 90s R&B performances. The New Edition tribute and performances later blew me away!

Xscape will document their work as they prepare to perform at the 2017 Essence Festival. The docuseries, titled Xscape: Still Kickin’ It, premieres this fall on Bravo.
WATCH:

I noticed some fashion and hair trends beginning with the blunt platinum bob LaTocha Scott and Braxton wore. Singer-Actress Kat Graham who plays Jada Pinkett-Smith in the new movie All Eyez on Me, rapper and star of Love & Hip Hop: New York Cardi B and our other bumpwatch alum Blac Chyna  all did the blunt blonde bob.

And platinum blonde, in general,  had a big showing  on Tiny’s daughter Zonnique, who is also a recording-artist. She wore her hair in that shade as did Lateysha Grace, a German transplant who has been on three seasons of MTV show The Valleys.

It was also cool to see so many parents bring their children to the show. DJ Khaled actually brought his son Asahad on stage with him during his performance. It reminded me of all the NBA babies at their dads’ games.

Jamie Foxx had his daughter Annalise help him present on stage and Future got his daughter Londyn a matching bedazzled mask to wear in honor of his popular new single “Mask Off” which he later performed that night with a cameo from Kenderick Lamar. Another big winner was Chance the Rapper whose mom accompanied him to the show.

Speaking of Winners. Beyonce was a BIG winner taking home the most awards for Best Female R&B Performer, Viewers’ Choice, Video of the Year for her song “Sorry” (which tied with Bruno Mars) and is off her album Lemonade, which one for Album of the Year.  The director for “Sorry” won the for Best Director.

Her sister Solange  took home the Centric Award for her song “Cranes in the Sky” which also earned the star her first Grammy award earlier in the year.  Besides Solange, we spotted a few of our other Bumpwatch alums at the event including Keyshia Cole.

We frequently spotlight what mom LaLa Anthony wears on arrival carpets and she did not disappoint.

Not a mom, but I love Yvette Nicole Brown‘s look and my African sister Issa Rae from her hit HBO Insecure.

About 4 years ago, we blogged about how tons of celebrities welcome babies with men they ar not married to and how they, unlike most women, are not shamed for it.

Several, like Heidi Klum and Kelis break up before the baby is even born. The mention is not to bash different lifestyle choices or situations but just to point out the prevalence of premarital pregnancy in Hollywood.

Of the several dozens women Bellyitch has “bumpwatched” since its inception in 2007, the lion’s share or bulk of them were technically single (though possibly attached or engaged) while pregnant.