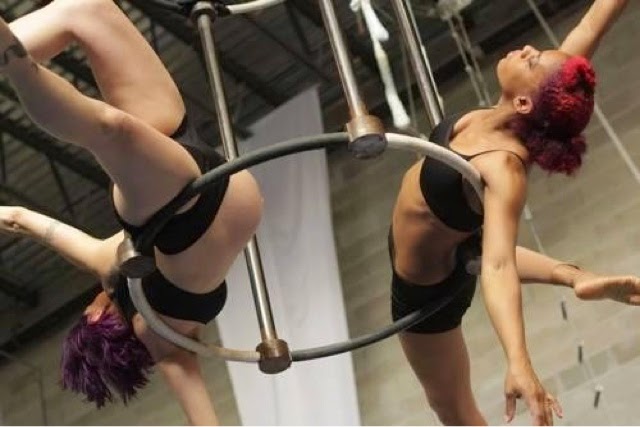 An New York City trapeze acrobat is causing a renewed discussion about the limits of participating in sports and other extreme activities while expecting.

Michelle Arvin, a Resident and teacher at Circus Warehouse, has delivered her baby since the professional  photos of her performing in her 8th month of pregnancy made its way through social media.
The Queens, NY resident was due July 26 but went 2 weeks past her due date. Her friend and professional photographer, Rachael Shane, took the stunning pics. 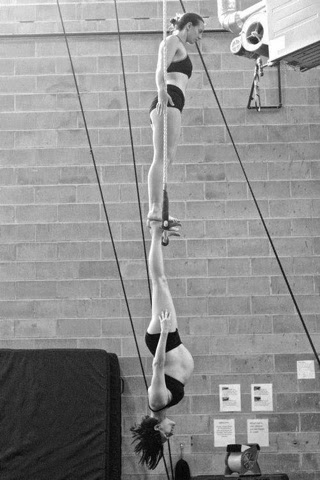 “We did [the photos] because I wanted maternity pictures that weren’t your standard maternity pictures,” Arvin told the New York Daily News.
Arvin also told TODAY that she did not have to alter her normal routine much.  She also divulged that the midwives who were scheduled to deliverer her baby told Arvin that she could keep up her routine as long as it felt good. She said going upside down actually felt good.
Some are cheering Arvin on but others like Dr. Jill Hechtman, director of Tampa Obstetrics in Florida, say Arvin’s decision to continue to teach & perform was risky.
Hechtman told Yahoo! News Arvin could have fallen or gotten “bumped by someone else” and risked having a placental abruption, which causes the placenta to separate from the uterine wall.
“She probably was a terrific trapeze artist before, but now she has to really overcompensate because of the differences in her weight distribution and balance,” Hechtman continued.
The American College of Obstetricians and Gynecologists  recommend that pregnant remain active and to stick to activities like walking, swimming, cycling and aerobics.  ACOG notes the benefits of exercise while pregnant include increased energy and endurance, better sleep, and prevention of gestational diabetes. The group’s guidelines advise women to avoid activities that carry a high risk of falling like “gymnastics, water skiing, or horseback riding,” as well as contact sports.
But like with the marathoner, Olympic fencer, cross fitter and ballerina, these type of images will naturally be water cooler fodder.
Your thoughts?
photos: Rachael Shane
By Jeneba Jalloh Ghatt
Rachel Zoe Inspired Fall Looks in Budget, Moderate & Splurge pricepoints!
10 ways to get your child to sleep in own bed thru night