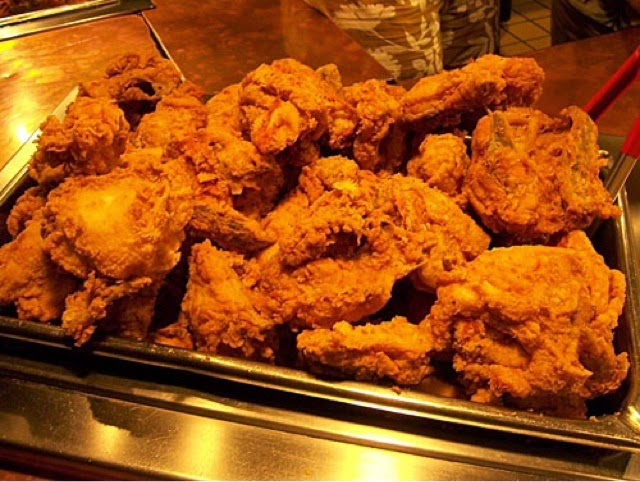 Women who eat fried food every day are nearly twice as likely to develop diabetes during pregnancy, according to a major study.
Those who regularly enjoy chips, an omelette or fried chicken are at much higher risk of gestational diabetes – a temporary condition that affects up to one in 20 expectant mothers.
Researchers at Harvard University in the US believe that frying releases harmful chemicals into food which affect how the body controls blood sugar.
Gestational diabetes occurs when pregnant women fail to produce enough insulin causing their blood sugar to become abnormally high.
If not detected and treated, it can lead to a premature birth, the baby being very large or at worst dying shortly after labour.
Continue reading
By Jeneba Jalloh Ghatt
fried chicken diabetes linkpregnancy advicepregnancy tipsReportresearchstudysurvey
Report: Kimora Lee Simmons is expecting 4th child
VH1 ‘Love and Hip Hop’ couple Joseline Hernandez and Stevie J are expecting