Several of our past Bellyitch Bumpwatch alums attended with their families including Oscar-winning actress and singer Jennifer Hudson with her son David Daniel Otunga, Jr. 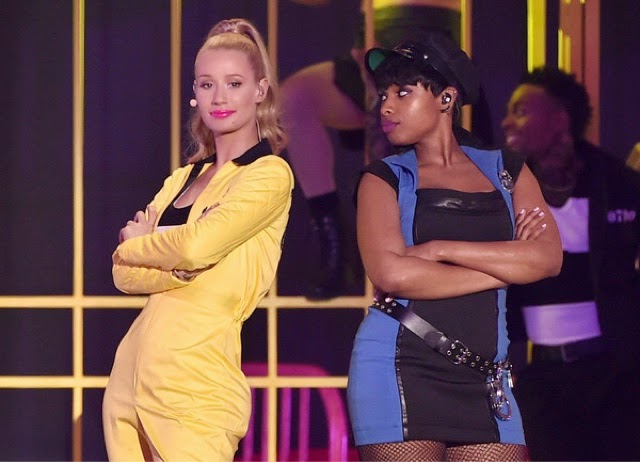 She and Iggy Azalea performed their song together, “Trouble.”
Angela Jolie was there in a long black Verscae dress with Zahara and Shiloh and won for her role as Maleficent.
During her award speech, the Academy-Award-winning actress who recently removed he ovaries and Fallopian tubes as a cancer-preventive move told the audience:
“When I was little, like Maleficent, I was told that I was different. And I felt out of place — too loud, too full of fire, never good at sitting still, never good at fitting in,” the humanitarian said. “And, then one day I realized something, something that I hope you all realize: Different is good.”  And Jennifer Lopez showed serious leg in a white Robert Cavalli minidress and Jimmy Choo heels. Garcelle Beauvais was also in the house.

Repost
By Jeneba Jalloh Ghatt
Tax Season: 5 Family Tax-filing strategies to know
Palm Sunday: How to Create a Cross out of your fronds (VIDEO)