Congratulations to WNBA player Glory Johnson-Griner who is expecting her first child with her new wife, fellow WNBA player Brittney Griner of the Phoenix Mercury.

Johnson, a forward for the Tulsa Shock announced the pregnancy on her Instagram page — showing a picture of a bun in an oven … with the caption, “#WelcomeToTheJohnsonGrinerFamily.”

Johnson-Griner later released a formal statement through her team.

“It has always been a dream of mine to start a family with someone I love,” Johnson-Griner said in a statement provided the Shock. “Being a professional athlete that plays year round, there is never a perfect time to get pregnant without putting my career on hold. The entire process, from learning our fertility options, to making sacrifices necessary nine months before the child is born, is merely preparing me to become a great wife and an even better mother.”

The two got married a couple weeks ago following  dual 7-game suspensions over their very public controversial domestic violence incident this past April. Each was jailed over a verbal altercation that turned violent.

Obviously, a rushed wedding and prompt pregnancy mean they’ve moved past that incident.

Johnson -Griner is appealing the suspension.

TMZ reports the sperm donor the couple used is anonymous.

Well it’s no one’s business, really, now is it? (Smirk) 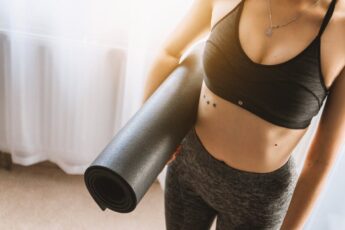