While entertaining friends at their annual Fourth of July party on Saturday, veteran musician Billy Joel and his pregnant longtime girlfriend, Alexis Roderick, had a surprise wedding.

“Congratulation to the glowing bride and groom,” she captioned a wedding photo of the newlyweds. ” And to my daughter Alexa, who has a wonderful friend in Alexis! Wishing the growing family every happiness!”
The ex-model, who was married to Joel for 9 years, have a now 29-year old daughter who is close in age to Roderick who is 34. Some interpreted the message as a jab.

This is Joel’s fourth marriage and the first for the former Morgan Stanley Investment banker’s first as well as her first child she is expecting this Summer.
This will be Joel’s second child.

His first marriage to his former music partner’s ex wife Elizabeth Webber Small produced no children and neither his 5-year marriage to columnist and TV host Katie Lee after his marriage with Brinkley.
After the all the press speculation of malice in Brinkley’s message, her publicist cleared the record, telling MailOnline :

There was by no means a cynical angle here and to say this is a backwards compliment, is not the truth nor was it the intention. Christie genuinely cares for Alexis, Billy’s new bride, and their daughter Alexa loves her, too. It was a happy and loving event and her Instagram reflected that sentiment.

Given the fact that Brinkley attended Joel’s wedding to Lee who was 23-years old at the time while Alexa, then 18, served as Maid-of-Honor, it’s pretty safe to say there indeed wasn’t any ill-intent to the well-wishing as the exes have remained good friends.
Brinkley has her hands full solo parenting a 17-year old son, Sailor, with fourth husband architect Peter Cook (Joel attended that ceremony) and 20-year old son, Jack, with her third husband, real estate developer Richard Taubman.

Fun Fact: Joel played his 65th show at Madison Square Garden last Wednesday — surpassing Elton John as the artist with the most concerts at the arena. 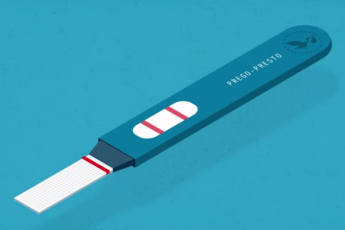