I was stalking the Instagrammed wedding photos from our Bellyitch Bumpwatch alum Yandy Smith, the music manager and e-magazine publisher who stars in the VH1 show Love and Hip Hop. I stopped at a glorious photo of the beautiful new mom breastfeeding her infant daughter Skylar right before the ceremony.

She captioned the photo: “OMG @timefrozen you captured my life in a nutshell in this pic. Baby Skylar started crying right before I walked. I had to walk down the isle a little late because I had to feed her. I love this picture. Thank you for capturing this without me even knowing. Lol. #smithharriswedding2015 #moderndomesticegl”

Marvelous! I love Smith’s IG because in all of her photos she comes off genuinely happy and full of life. She seems nurturing, in love with her new husband and children and she embraces her beautiful and curvy new mom body and is confident in her skin even as she amps up her work out routine in recent weeks to gradually get back to her pre-baby size. She’s a great IG follow.

This discovery came the day after I also spotted an equally wonderful breastfeeding support IG pic from rapper Chris “Ludacris” Bridges wife, Eudoxie Bridges, who is an independently accomplished woman in her own right, having recently received a Master’s degree and pursuing a Medical degree.

The photo featured stacks of breast milk the Gabonese new mom to daughter Candace had recently pumped so dad could feed baby while Eudoxie caught up on some sleep.

I think both are serving as wonderful ambassadors to breastfeeding to their community of followers that include lots of black and African American women.

This demo stops breastfeeding earliest out of all other racial groups, partially because of culture stigma.

The Centers for Disease Control  reports that African Americans are less likely to breastfeed their children. “Black infants consistently had the lowest rates of breastfeeding initiation and duration across all study years,” the CDC statistics note.

The Joint Center for Political and Economic Studies reports that Blacks stop breastfeeding sooner than other races, setting up their children for higher incidences of illnesses and diseases that non-breastfed children succumb to at a higher rate than those who were nursed. The report also links higher rates of infant mortality and low birth weight to lack of breastfeeding.

There is a taboo about it among the black community, perhaps, and those who nurse for too long are not encouraged or supported and are sometimes egged on to stop breastfeeding after a few weeks or months.  Although to be fair, shorter breastfeeding times are also linked to working wage-earning mothers who have little to no maternity leave who all have to report to work earlier.  Also, moms who have shorter maternity leave and/or work in settings where they do not have a private place to pump and store their milk for their babies, also stop earlier.

So it is great to see influential women sharing their experience breastfeeding which perhaps could encourage more to do the same, if they do not face any other impediment to breastfeeding like low supply, extreme discomfort or other problems. 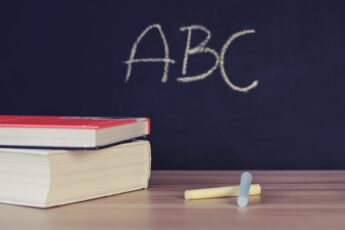