Last week, vlogger couple Sam and Nia Rader‘s pregnancy announcement video went viral with over 11 Million views, but has since has turned to tragedy as the couple released a video, “Our baby Had a Heartbeat”, to share news they miscarried.

The initial video was featured on several major news sites because it featured husband Sam stealing some of Nia’s urine from the toilet then later testing it to see if Nia was pregnant, all under the admiring eyes of adoring YouTube fans.

He then surprises her at breakfast with the test. It all looked a weee bit staged like maybe he knew in advance that she was already knocked up and they decided to do a spin on the traditional “wife tells husband she’s pregnant” viral pregnancy announcement videos we’ve seen before.

I also just finished watching “Gone Girl” ……**** spoiler alert if you’re one of the 5 people left who haven’t seen the Ben Affleck flick*****… and I couldn’t help but think of the wife character who faked a pregnancy by stealing urine out of the toilet.

I learned today along with many others who watched or learned about their video that Nia had miscarried.

It’s part of the reason why traditionally couples wait until the 12th week of pregnancy to reveal news as the risk for miscarry plummets dramatically after three months. Before then, having a miscarriage would mean you have to tell all those you shared with that fact that you had a loss. That is a devastating thing to have to re-live over and over and over again.

The couple left a solemn video (which also comes off a bit theatrical) The news  still left me feeling sad given the history of my own, and other women I know who have had a miscarriage.

When I saw Sam and Nia’s Twitter page after the sad news I had another “what da?!” moment.

Our tiny baby brought 10M views to her video & 100k new people into our lives. She turned our life around & brought us closer together. — Sam&Nia (@SamAndNia) August 9, 2015

…And they referred to the baby as a girl when it was too soon at that point to know the gender, a few have questioned.

But apparently, Nia had stated she felt it was another girl and thus assigned the feminine gender to their embryo when referring to it. I see the anti-religion set that frequent Gawker’s article commenting section are accusing Sam and Nia of conducting a “Pro-Life” propaganda stunt with this video.

I’m sending the entire family warm thoughts for serenity and comfort and do hope it was not all a cheap trick to go viral and gain popularity.

As one commenter said, “views” and “likes” are not life. Take some time to heal with your real family and friends.

@SamAndNia “views” and “likes” are not life. Take some time to heal with your real family and friends. Best wishes. 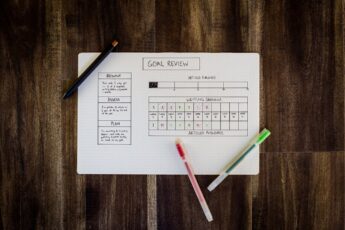