Ok. No seriously, who is throwing a baby shower for a celebrity in the Chelsea district on New York City and trying to recruit a comedian last minute to come work for free…on Craigslist?

Did somebody’s intern dropped the ball?

Who squandered the entertainment budget on donuts?

Or did we miss the memo? Are we booking celebrity events on Craigslist now?

Is this a thing?

In the ad, under the category “gigs” listed yesterday, October 23, the anonymous requester brazingly announces the gig is for “No Pay”.

Huh? Where they do that at?

And here we thought people in the category of “celebrity” had money or at least had friends who could afford to pay for the entertainment at a shower thrown for them.

Hmmm like as credible as a craigslist ad for a celebrity baby shower?

And then it goes forward to demand that anyone seeking the job have performed at “legit clubs” and ideally on Comedy Central.

So the ideal candidate worked his or her butt off and eventually appeared on a national cable show dedicated to comedy but sucked so bad, s/he’s back combing craigslist for no

If the exchange for the pay is exposure, then isn’t being on Comedy Central a bigger resume booster than gigging at some possibly D-list celeb’s baby shower?

And you got to send “a reel and a resume” but can’t contact the cheap party thrower for unsolicited offers.

Um…if you’re advertising on Craigslist, it seems to us that you probably need a wider pull of services so you should be taking these offers.

Maybe we’re just being snarky and this is totally legit and common.

Anyway it was great comic relief for this Friday morning.

ps. We’ll find out soon whose celebrity baby shower this was for…stay tuned or ping us if you got answers. 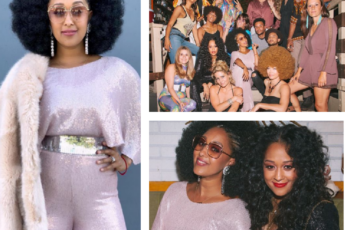