Well, when your ego is as large as Kanye West’s, a man who nicknamed himself Yeezus after Jesus Christ, then you’d understand why he’d name his son Saint.

West and his wife Kim Kardashian-West announced the name they gave their newborn son who arrived this weekend.

A source close to the couple told US Weekly that they had been referring to the  baby as “Saint” long before his birth because they regarded him as a miracle baby given their struggles to conceive the second go-around.

“I had this condition called placenta accreta. There were a couple little operations to fix all that, so that created a little hole in my uterus, which I think made it really tough to get pregnant again,” Kardashian is quoted telling  C Magazine. “It was a long road. I would go to the doctor in Beverly Hills every day at five in the morning to get tested to see if I was ovulating . . . I was trying everything: I did acupuncture and got a nutritionist to eat healthier, thinking that was an issue.”

A ha!!! And…it fits with the family theme.  If you’ve ever read any Kanye West quotes you will realize that there’s a little bit of narcissism going on there.

North is the highest place you can go.

There is also royalty in the family. The kid’s cousin, Kourtney Kardashian’s youngest child is named Reign Aston Disick.

In the Catholic tradition, martyrs who die promoting or defending the faith may eventually become canonized by a Pope and become Saints. It’s a lengthy process that starts with tons of sacrifice and devotion.

Or….you can just skip all that, appoint your child the same name yourself and call it a day.

After all, as someone pointed out to me, there are children named Angel and Messiah. Also, many Hispanic parents name their kids Jesus. (pronounced  hey-sous) so Saint isn’t a far stretch, albeit its uniqueness.

We’ve all grown to accept and love North’s name and likely will do the same with Saint. 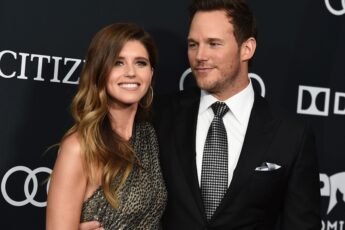